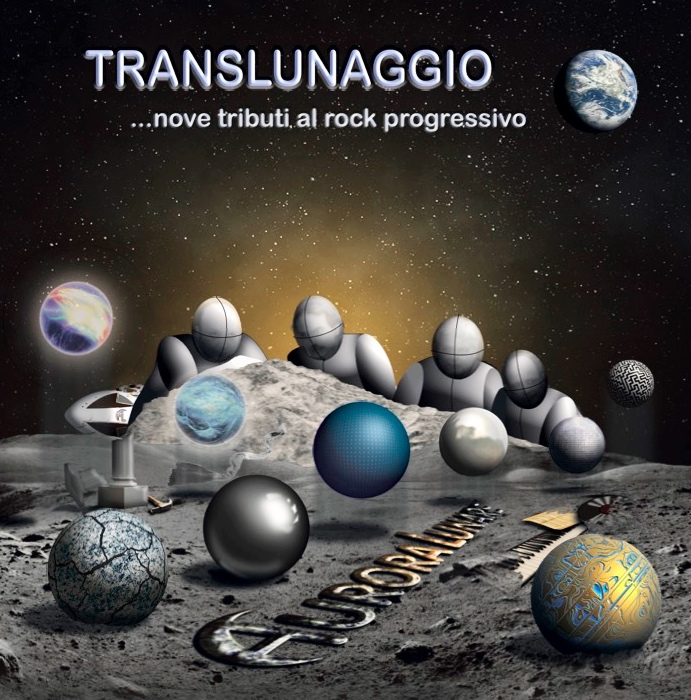 For their new album released this past spring, Aurora Lunare covered nine different prog rock songs as a tribute. The album opens with a cover of Procol Harum’s “A Whiter Shade of Pale.” As I’ve stated many times before, covering an iconic tune is a risky proposition as everyone immediately references the original. Aurora Lunare does a decent job with their cover, but it does “pale” in comparison. They are too heavy on drums and not enough on organ. The second song is a cover of Enrico Simonetti’s “Gamma,” one of many tunes on this album that is unknown to me, which does put me at a disadvantage. Aurora Lunare's cover is a cinematic tune that closes with Spanish guitar. Next is a cover of Banco del Mutuo Soccorso’s “Fino alla Mia Porta” that sounds great and fortunately they did not try to emulate Francisco di Giacomo’s tenor. Then they present Area’s “Hommage a Violette Nozieres” sans the ululating vocals to provide a modern rendition of this song. Leaving the Italians for a break, they cover Yes’ “Don’t Kill the Whale.” I will probably catch some flack for this, but I am not a fan of Yes in any way shape or from, so I am ecstatic with this superior cover with a female vocalist instead of Jon Anderson’s annoying high tenor voice. Then they jump back to Italy for a cover of Goblin’s “Connexion” that is not near as gothic as the original. The next cover is “Lorenzo” by Phil Collins, a musician I lost interest in after he left Genesis and started producing pop music. Aurora Lunare does an excellent job covering this song with its heavy African rhythm. Then I am back in unfamiliar territory with the final two covers of Marillion’s “The Party” and the Flower Kings’ “Trading My Soul.” Aurora Lunare does a fantastic job on these two songs, which can stand on their own. Though probably not as good as their self-titled album, Translunaggio does have its moments that are worthy of notice.