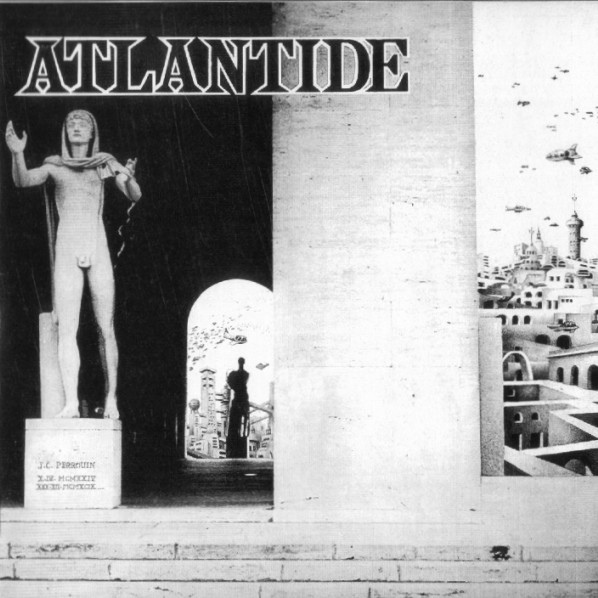 Jean-Pierre Massiera had somewhat of a reputation for putting together one-shot bands that record and promptly die. Another one of his 'projects' was Visitors, which we reviewed back in #6. Three others were Horrific Child, Atlantide, and Human Egg (four tracks from the Human Egg album are included here as bonus tracks). Massiera was essentially a composer, producer and engineer – his involvement in the bands is usually limited to backing vocals or some other such. The lineup on Atlantide consists of a lead vocalist, guitars, Mellotron, bass, and drums, with a percussionist and JPM on backing vocals as usual. While Visitors and Horrific Child both had plenty of original and interesting moments, Atlantide comes off as a blatant Yes rip-off: the ten minute title track that opens the album cops so many licks from "Heart of the Sunrise" that one has trouble tabulating the count. The twelve minute "Soleil Noir" is only a little better in the originality department – yet there are constant reminders of The Yes Album - Close to the Edge period Yes throughout it. Guitarist Bernard Torelli sometimes sounds like he spent eight years at SHU (Steve Howe University). That's not to say that everything here is (ahem) borrowed, in fact there are plenty of genuinely original moments that are quite enjoyable, but they are all interspersed with the transparently derivative ones. By contrast, the four very short tracks by Human Egg (many of the same musicians from two years later) are definitely more original, but a bit more mainstream as well.