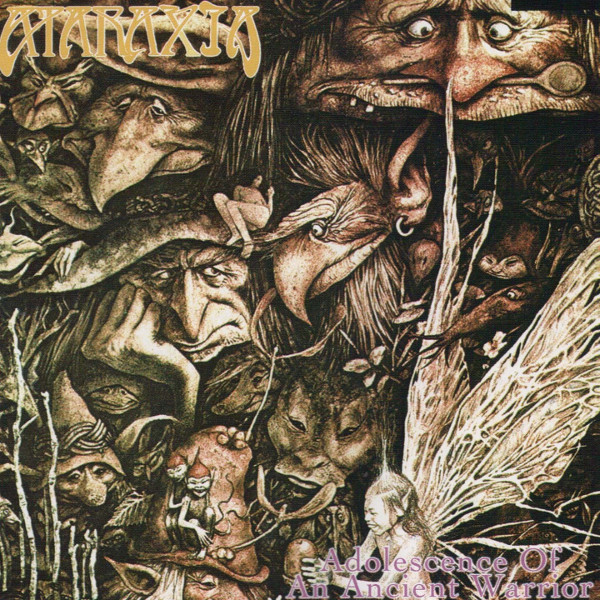 Ataraxia were one of the more obscure of the original Made in Japan labelmates, back when they were still affiliated with the now-defunct Edison label. The band made one album in the mid-80s and nothing else, ever. It's now reissued and given much wider release than the original pressing. The music may be described as neo-prog, but don't let that scare you away, it's actually quite good. I'd describe the band as Genesis-influenced but, unlike many other such bands, original. The band sport a lavishly symphonic two-keyboard sound, mostly digital but some analog. The guitarist plays solidly in the Hackett mould, thick with sustain. Some drawbacks are notable, though. First of all, the trebly mix makes the drums difficult to listen to. It's not that the drummer is bad, he's actually quite talented, it's just that the snare is much too highly mixed, and cracks stridently every time it's hit. I've noticed this tendency on other albums by Japanese bands. Secondly, it's bad enough that they chose to write lyrics in English, but they never should have printed the lyrics in the booklet so the listener can actually see how poor their English is. Would you believe (from "Gabble") "What a tasty sock you have"? It doesn't help that the vocalist can barely speak English. He also seems to be straining to reach some high notes at times, but one is inclined to believe he wouldn't be having such troubles had he been singing in Japanese. While their music doesn't reveal anything new or unexpected, Ataraxia operate well within the symphonic genre. Their sound is comparable perhaps to stablemates Outer Limits (who are thanked in the credits), though without the violin and not consistently as good. A lot will find this album very enjoyable. And with its reissue one can't help but wonder, can Rosalia's Zillion Tears be far behind?