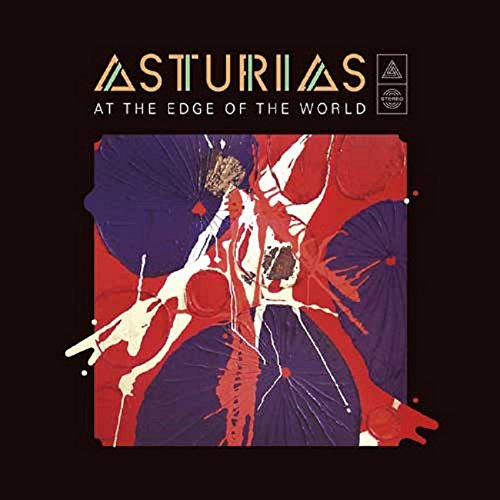 Over the passage of time, since the late 80s, bassist and multi-instrumentalist Yoh Ohyama has led two distinct versions of Asturias, although the early albums made no distinction because the alternate ‘Acoustic Asturias’ didn’t appear until 2005’s Bird Eyes View, and since that time releases have been designated as either Acoustic or Electric Asturias, sometimes sharing members, but not necessarily. Until now. At the Edge of the World seems to be an integration of both versions of the band, featuring Ohyama on just about everything (guitars, bass, mandolin, keyboards, harp, glockenspiel, percussion, and synth programming), with Electric Asturias members Satoshi Hirata (electric guitar) and Kiyotaka Tanabe (drums), Yoshihiro Kawagoe (piano) and Tei Sena (violin and viola) who have played in both versions of the band, and from Acoustic Asturias, Kaori Tsutsui (clarinet and recorders). Then add additional players on cello, violin, oboe, percussion, and vocalist Yoko Ueno who sang on the second and third albums, Brilliant Streams and Cryptogam Illusion, way back in the day. Most of the players only appear on a few tracks each, except for Ohyama who plays on all and is also responsible for all the compositions, engineering, and mixdown. The album contains ten titles, arranged into two long suites of five parts each that the listener won’t even notice track changes (unless you have a crummy CD player like mine), everything is meant to blend together nicely. While Ohyama has had nearly thirty years to develop his unique composition and arranging style, the strongest influences here are orchestral classical music, occasional outbursts of rock, with some subtle folk / celtic elements appearing from time to time. In general, I am often reminded of early Mike Oldfield (think Ommadawn period) but with more aggression and orchestral savvy all pulled together into one. Ueno’s vocals are purely wordless and utilized somewhat sparingly, although often multi-tracked, like many of the string parts as well, resulting in something of a medium-sized orchestra. This is a truly ambitious work that evokes power and beauty on all fronts, and should be of interest to anyone who appreciates symphonic progressive rock.