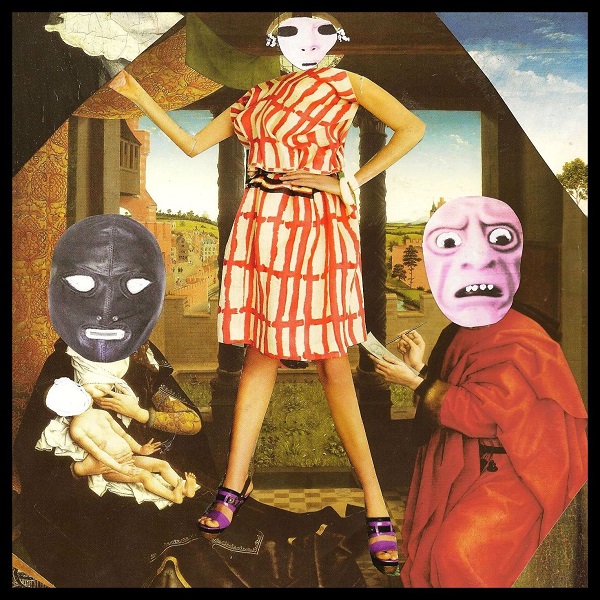 The motivations or plans an artist has when setting about recording an album are not always clear to the listener, and to some extent, not even important — it's the end result that is important. Ashley Reaks often refers to himself as a "collage artist," but this album doesn't really sound like collage, except for the wide variety of sounds used. The "concept" behind Compassion Fatigue (1-8) would probably not be apparent to the listener if it weren't spelled out. It starts out with a one minute track in the key of A, followed by a two minute track in B, a three minute track in C, and so on, up to an eight minute track in G. That's the "(1-8)" part of the title; the "compassion fatigue" part relates to the subject matter. Reaks' lyrics are often quite profane and even brutal, but they are delivered with a cheerful tunefulness that belies the harsh content. The general theme seems to be flagging willingness to treat the unpleasant reality of the world with a forgiving, attitude. Perverts, killers, rapists, and other representatives of civilization's dark side are exposed by bright light, with no punches pulled or nasty bits covered by black bars of censorship. Each track is quite distinct, some featuring female vocals, some with aggressive guitar, tablas, jazzy saxophone, and so on. Many feature rolling circular patterns that twist back upon themselves, skipping or adding beats here and there. The complexity of the music, both rhythmic and harmonic, puts it into the realm of progressive rock, but your enjoyment of the music will also be determined by your tolerance for obscene lyrics. Reaks certainly has a serious artistic intent behind those crude words, but this kind of "Piss Christ" art is not for everyone.