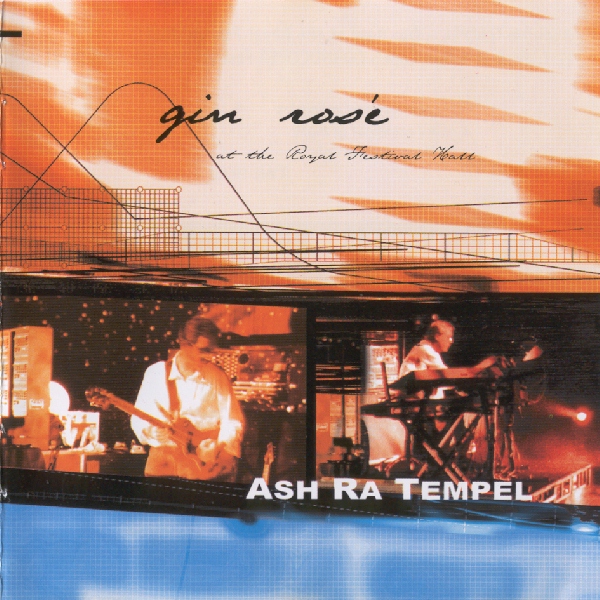 This CD is a concert by Klaus Schulze and Manuel Göttsching which took place in April 2000 at Royal Festival Hall, presumably the site of earlier Schulze recordings of the same name. Not surprisingly, the end result sounds much more like Klaus Schulze’s In Blue, a solo 1994 recording which just happened to feature Manuel on part of it, than it does Ash Ra Tempel, as Hartmut Enke declined the reunion. Laidback synths and drums from Schulze create a backdrop for Göttsching’s always accomplished guitar. After a somewhat rocky start with some overly shrill electronic noodling, things get going in fine form within the first five minutes. The recording flows nicely, exploring mostly relaxed laid back atmospherics and guitar, though occasionally the energy really gets charged up, particularly at the climactic finish. In between, Göttsching serves up some tasty guitar morsels, ranging from some plucky, twangy bits in the early going, to some searing electronic work in the middle, and finally some flamenco flavored playing during “Eine pikante Variante,” a variation on the track “Pikant” from the studio companion CD, Friendship (reviewed in #21). With the exception of the first few minutes, the music is right on target. Rather than breaking any new ground, the music is familiar and comfortable, the sound of old friends being reacquainted. The end result is smooth, cool, and relaxing.