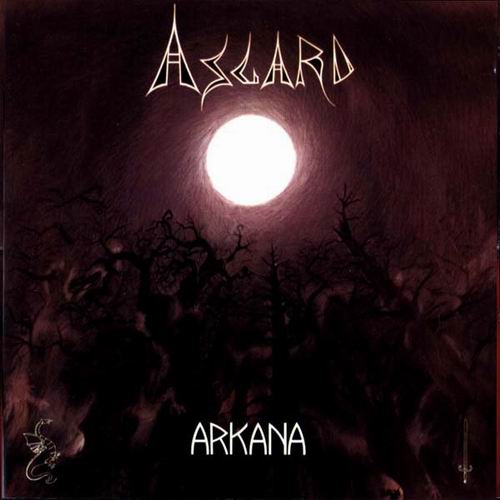 Arkana is the latest offering from the Italian neo-progressive band Asgard. Their sound is full of power and grandeur, very symphonic, with affected vocals, shifting moods and almost schizophrenic dynamic changes. Overall, their material is full of feeling and emotion, ofttimes ethereal, yet very directed and always dark (although I haven't really sat down and given the lyrics close scrutiny). Lyrics are in English. The vocalist is nothing short of exceptional, and the rest of the band supports him well, rather than burying him. The extended instrumental passages show a band capable of producing raw power, melodic cohesion, and subtle restraint when needed. Comparisons? Sometimes I hear echoes of some great 70s Italian bands like PFM, Raccomandata RR, Island, and others, yet the vocalist reminds a little of Aragon, Galadriel or Mugen, sort of gothic, but to be fair, these guys are pretty unique. Anyway, for those who may be familiar with Asgard's two previous releases (Gotterdamerung from 1991 and Esoteric Poem from 1992), this newest release shows the band expanding out into some new musical territory, breaking new ground at every twist and turn in the album's 74 minutes. I believe this to be their best yet, by far.