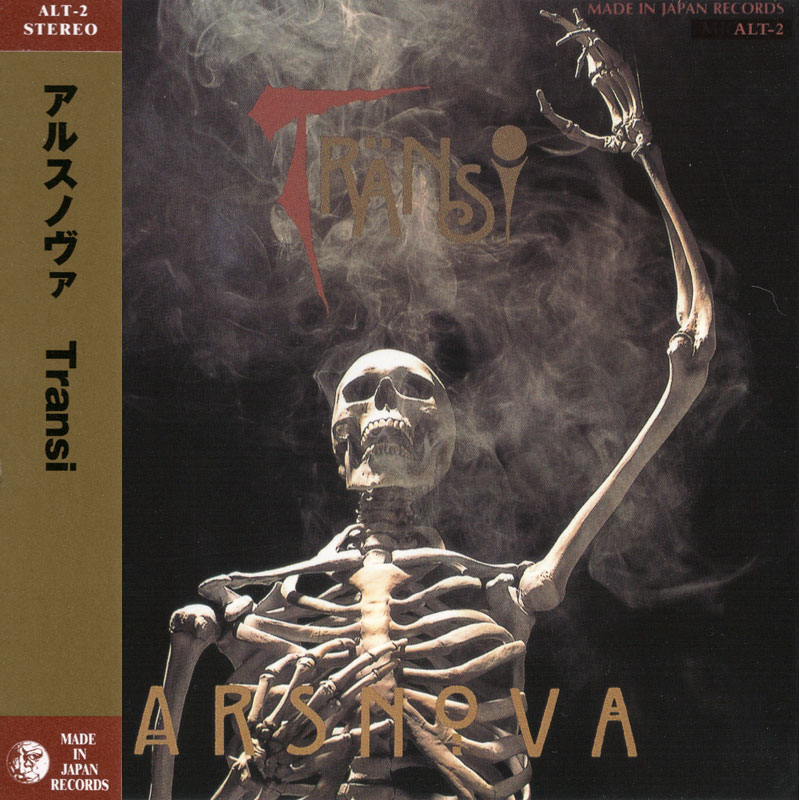 This latest offering from this Japanese power keyboard trio is a bold step forward from their 1992 debut Fear and Anxiety. For starters this one is a full length disc; more to the point, though, is the shedding of some of their symphonic prettiness in favor of a sound every bit as powerful, yet more sinister — at times even menacing. This, in addition to an overall more confident compositional approach makes this one of the best new 'symphonic' releases of the year. Once again, keyboardist Keiko Kumagai has penned all of the album's six tracks and drives the music hard with Hammond B-2/Leslie and a full arsenal of synthesizers and devices. Her compositions embrace an angular symphonic approach with complimentary abstractions and some neo-classical underpinnings all set to a hard-driving rock pace, tethered to earth by the powerful bass of Kyoko Kanazawa and new drummer Akiko Takahashi. Akiko also adds violin on a couple of the tracks. To say their music was not influenced by ELP would be untrue, yet being all instrumental with nary a trace of pop or commercialism anywhere to be found, Ars Nova have advanced themselves further into the realm of the truly innovative and exploratory. To be sure, if there is any weakness in this music, it would have to be in it's overall stylistic lack of variety — it is definitely intense and single-minded, yet I have trouble faulting it for that simply because it is so powerful and energized. This is music that takes a few plays to get to know well, but patience will reward. Overall, Kumagai and Co. have produced an outstanding second effort that I'm sure most will enjoy.

Transi is the second release from this Japanese trio, fronted by talented keyboardist Keiko Kumagai. Writing all the music and commanding an arsenal of analog and digital keys, she leads the group through 40 minutes of dark, intense, and dynamic prog. The music is full of abrupt metrical shifts and changes in feel, never dwelling on one theme for very long. In that sense it is probably most reminiscent of Covenant, though Ars Nova uses dynamics and intensity changes much better. Though there are some digital synths and samplers used, the overall sound is exclusively analog, and Kumagai uses the variety of timbres at her disposal to come up with some creative orchestrations. This, combined with the complexity and mood of the music may also bring to mind the more intense moments of Änglagård, albeit with a much stronger keyboard presence. Bassist Kyoko Kanazawa and drummer/violinist Akiko Takahashi are both solid players, and complement and support Kumagai's impressive keyboard skills well. The only major drawback to this music is that for all its complexity and thoughtful timbral orchestration, there is little in the way of thematic development or unifying musical ideas within a piece. For this reason the longer tracks come off as a bit meandering and aimless, though certainly not boring. All in all this is a very good CD, better than much of the prog released in the 90s, though a step or two below the best of the new Japanese progressive bands.

This, the second album from the Japanese keyboard-led trio Ars Nova, comes as perhaps the biggest surprise of the year. It would be all too easy to rest that statement on the fact that this is a trio of all female musicians but to do so would only reinforce the strong stereotypes of women in the prog field. The real surprise is how far they have grown between albums, and how wickedly complex and intense keyboardist Keiko Kumagai's writing is. Backing bandswomen Kyoko Kanazawa (Rickenbacker bass) and Akiko Takahashi (drums) work under the keyboards in a very ELP-ish manner, but with plenty of modern fire and flair that ELP has left far behind. The six all-instrumental tracks are stylistically very consistent, with plenty of themes and interwoven ideas, all spurned forth from both digital and analog keys. The whole album, in fact, sounds very 70s but has the glossiness of a 90s production. Keyboard enthusiasts shouldn't miss this rich palette: pipe organ, Hammond XB-2, Solina, Moog and Oberheim-type leads. Comparisons to Dave Gryder's Covenant are plausible, but this has a solid band feel and relentlessness to drive it home with surprising power. If you crave guitar, you won't find any here but Transi holds together very well without it, solely because of the ever-changing keyboard timbres. A very solid effort, highly recommended (despite the hilariously cheesy packaging).

If this trio of all female musicians were a pop group, I doubt if anyone would think twice, but in the testosterone driven underground of Prog, the idea is practically a novelty (at least for symphonic rock oriented groups). Therefore, Ars Nova, at least on their first album seemed to gain quite a reputation at least for the photos of the ladies. Transi is their second release and the ELP/Italian (Trip/Le Orme/Alluminogeni) styled trio have a new drummer (doubling on violin) to back up Keiko Kumagai's project. One thing is for sure — she's a brilliant keyboard player, armed with a massive menagerie of digital and sampled analog keys. Her favorite sound seems to be the Hammond XB2 which routed through a Leslie makes for a real crunchy near Atomic Rooster type sound. This is an absolutely brilliant album for this style; Kumagai's heavily classical influenced style gives her an arsenal of themes and chops that change as often as her sounds and makes what could be a typically dull album into what may be one of the year's very best — especially for a format that ELP dominated for many years. So do everyone a favor, try to forget that this trio is female (difficult to do with the alluring photography inside the booklet), especially since Ars Nova is head and tails above most of the symphonic anesthesia these days, and try to concentrate that this is probably the best Japanese symphonic album in many years. Highly recommended to fans of dramatic instrumental rock — just save yourself the headache and don't try to figure it out.