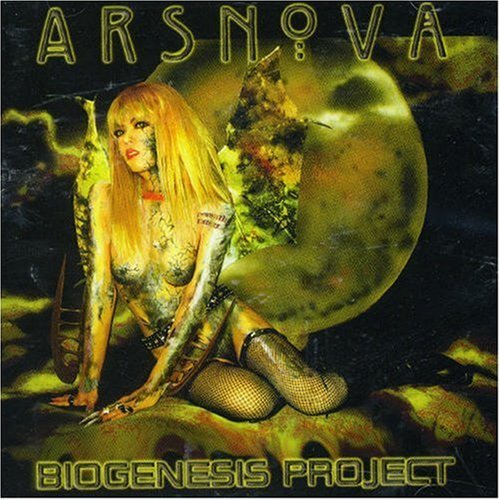 Biogenesis is the kind of overblown sci-fi epic that has both a built-in audience and legions of detractors. The fact that it comes from Japan’s Ars Nova, not exactly known for subtlety, does not bode well for the seriousness of the project, and the participation of guests like Arjen Lucassen of Ayreon fame, Masuhiro Goto and Atsushi Hasegawa of Gerard, Gianni Leone of Il Balletto di Bronzo, Lucio Fabbri of PFM, and a number of others brings to mind Lucassen’s own work. And on the surface, Biogenesis is a ridiculous ornate edifice of flashy neo-prog built on a foundation of bad science fiction. But I’m a big fan of anime, and I figure if I’m willing to go along with Neon Genesis Evangelion or Ghost in the Shell in spite of their scientific implausibility, I should be able to give Keiko Kumagai and the gang a break. Once I started thinking of this CD as the soundtrack of an animated feature that just hasn’t been made yet, I came to really enjoy it. The fate of the Earth hangs in the balance, threatened by a beautiful female genetically engineered to destroy. Even with the all-star cast, Kumagai’s keyboards dominate, with blazing chords on the Hammond and dextrous analog synth solos. And just as I often prefer to watch a subtitled film with the original Japanese voices instead of the English dub, Biogenesis might actually be improved if the lyrics were all in Japanese. Can’t wait for the movie!