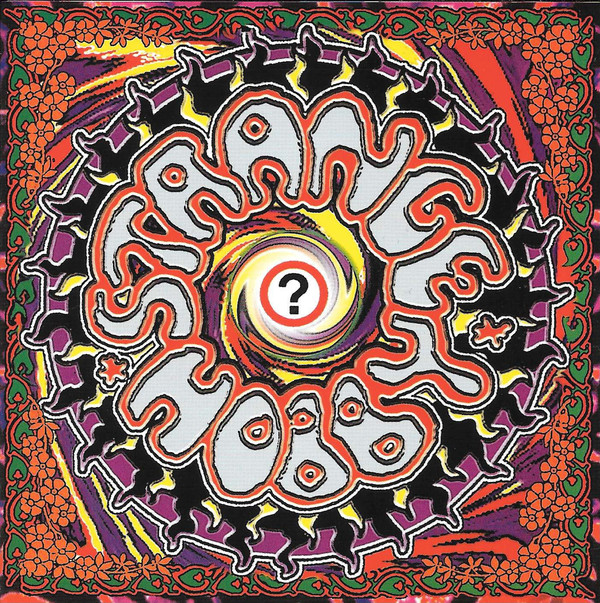 “Arnold Layne had a strange hobby…” This 20-year-old artifact of 60s covers will surely hit the spot for anyone who grew up in the years from 1966-1970, taking a sampling of great radio hits from that period (Beatles, Kinks, The Who, early Pink Floyd, Hollies, Status Quo, and more), and covering them with a more modern and hard-edged production, while essentially remaining faithful to the originals in other respects. For the last twenty years this mysterious album of covers was credited to “?” but now in 2016 the truth can finally be told: This was created by Arjen Anthony Lucassen, the Dutch songwriter, singer and multi-instrumentalist better known for his propensity for bombastic neo-prog-metal rock-operas, and his bands Star One, Ayreon, Gentle Storm and several others. Strange Hobby is one of the earliest releases in his career, though the artist and release were never connected until now. The 22 tracks herein (this reissue includes four bonus tracks, including one original that fits in perfectly with the era of the others) cover a range of 60s pop hits, leaning far more heavily toward the British side than American, although Dylan’s “I Want You,” Simon & Garfunkel’s “I Am a Rock,” and a couple tunes recorded by The Monkees are notable exceptions, as well as a cover of The Beach Boys’ cover of the traditional “Sloop John B.” So many highlights herein, it will be difficult to enumerate them all, but perhaps the biggest standouts are “Pictures of Matchstick Men,” “Sunny Afternoon,” “Boris the Spider,” and from among the bonus tracks “Ruby Tuesday.” The song that comes the farthest though, from a simple folk song that was originally done with acoustic guitar accompaniment, is no doubt Donovan’s “Catch the Wind,” which starts out with the song being played through a cheap radio, much like the beginning of Floyd’s “Wish You Were Here,” then blasts into an epic rock version. Overall, it sounds like Lucassen had a blast making this record, and it definitely sets the controls for the wayback machine to the late 60s.