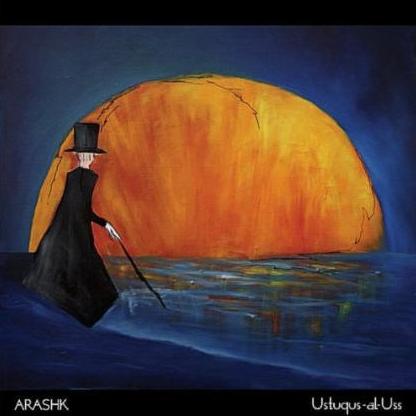 Arashk is presented as an Iranian three-piece instrumental unit covering multi-guitars, bass, keyboards and drums, though more correctly in recorded form it’s mostly the vehicle of multi-instrumentalist and composer Salim Ghazi Saeedi, with the support of guitarist Pouyan Khajavi and drummer Shahram Khosraviani. On this, their third release, their sound is all over the map, often embracing elements of metal, jazz, heavy symphonic prog, surf, traditional themes and more – the nine cuts here offer ambitious juxtapositions of various forms and styles, an impressive but often fortuitous workout that would probably be better served by a bit more focus in one area or another. In addition, the production tends to be a bit on the demo-ish side. All that said, Saeedi is an excellent composer with an interesting and unique perspective operating in a progressive rock context, and that brilliance shows up often enough throughout these nine tracks, caveats notwithstanding.