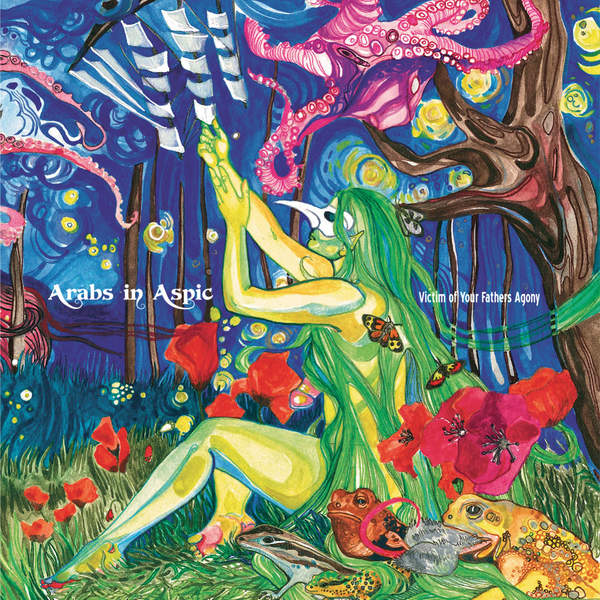 Norwegian band Arabs in Aspic released their sixth album this past spring, an effort taking almost two years. Victim of Your Father’s Agony presents more 70s-influenced hard prog rock and a welcome companion to their previous album Pictures in a Dream. And the new album sounds a bit more diverse. The opening song “You Can Prove Them Wrong” is replete with heavy Hammond organ riffs, hard rock guitar solos, and gratifying vocal harmonies. On the second tune, “Sad without You,” the band is a bit experimental with a reversed track intro to a pseudo-pop ballad in the style of The Beatles. Then they kick things into high gear with “One,” an organ and guitar dominated hard rock song with Mellotron and twinned guitar lines, similar to a combination of Wishbone Ash and Deep Purple. Track four, “The Turk and the Italian Restaurant,” is a funky bass and organ instrumental with what sounds like Moog synth lines, making me think of Edgar Winter’s “Frankenstein.” The next track, “God Requires Insanity,” could easily be a lost Black Sabbath track. “TV 3” is a short new wave/hard rock hybrid. Then there is the entertaining “Flight of the Halibut” with its driving bass line, guitar, and rousing Mellotron riffs. Track eight, “Saint-Palais-Sur-Mer Pt. 2,” goes in a new direction with beautiful acoustic guitar and synth, drawing comparisons in my mind to Amazing Blondel. The album closes with the excellent title track, Mellotron and twinned guitar lines. Overall, quite a satisfying listening experience, and though Victim of Your Father’s Agony is not a major step forward, it is obvious that the band is evolving and maturing.