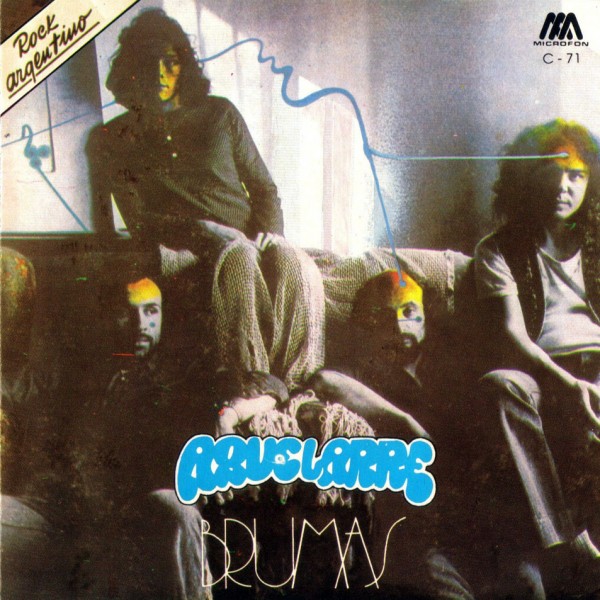 South American reissues usually happen without too much fanfare, and such is the case with this, one of several albums by the 70s Argentinian band Aquelarre - yet this is one that definitely should not be overlooked. As with many reissues, little information is offered in the booklet - no lineup, not even an original release date, although from the sound and the apparent influences, I'd place it around 1974... and what exactly are those influences ? Naturally there is a strong thread of folk in their music, but also evidence of Tull, Le Orme and Pink Floyd, among others. The music and vocals (in Spanish) are highly melodic, the arrangements are carefully worked through, and - surprisingly - the production is quite good. They are a four piece, and the instruments include bass, drums, piano, hammond organ, guitar, an outstanding vocalist, and occasional string and horn arrangements. Some of the tracks on Brumas get a bit more accessible than your standard prog fare while the vocalist is on, but let the instrumental section happen and these guys really begin to shine, while others like "Aves Rapaces," "Parte del Dia," and "Mirando Adentro" deliver the goods from beginning to end.