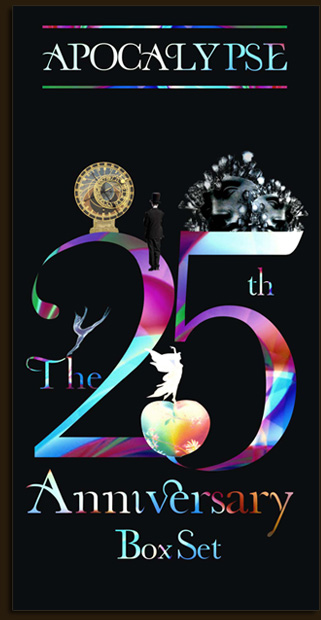 Fans of this popular Brazilian band will surely revel in this package: one CD (Magic Spells) captures the band live in 2005, there’s a second CD of new music (2012 Light Years from Home), plus a DVD of the band on stage (The 25th Anniversary Concert). Also included are a poster and a 128-page book stuffed with photos and info (in Portuguese and poorly translated English). Disc one proves that it's always dangerous to judge a band by a live recording, since for the first 11 of 13 tracks I was wondering what the fuss was all about. Guitar player Ruy Fritsch and singer Gustavo Demarchi sound like they just stepped out of an 80s metal band, keyboard player Eloy Fritsch wears his neo-prog influences on his sleeves, and the rhythm section betrays a lack of seasoning and practice. There are moments when the group rises above sounding like a mediocre Marillion or Arena cover band but for the most part I was looking for the exit on this disk. Then the two studio bonus tracks appear and — while the players are the same — the writing is improved and the band sounds much more mature. Fortunately this carries forward to the album of new music. Demarchi delivers some astonishing vocals, including Rundgren-like flourishes on "New Sunrise" and a gospel turn on "Take My Heart." Eloy Fritsch also proves himself on a variety of keyboards, including organ on the Deep Purple-flavored "Set Me Free" and elegant piano on the melodic ballad "Blue Angel." Ruy Fritsch is obviously at home on rockers like "Find Me Now" though he has a supporting role on the album for the most part. In fact, guitar is largely absent from the 13+ minute title track, with Eloy showing off chops that will even please ELP fans. The live DVD encapsulates the strengths and weaknesses shown on the two CDs, with highlights being the songs with guest violinist Hique Gomez. If Apocalypse ever figures out how to translate what they do in the studio into a live setting they will truly be a force to be reckoned with.

If Time Isn't Here, Where Is It?