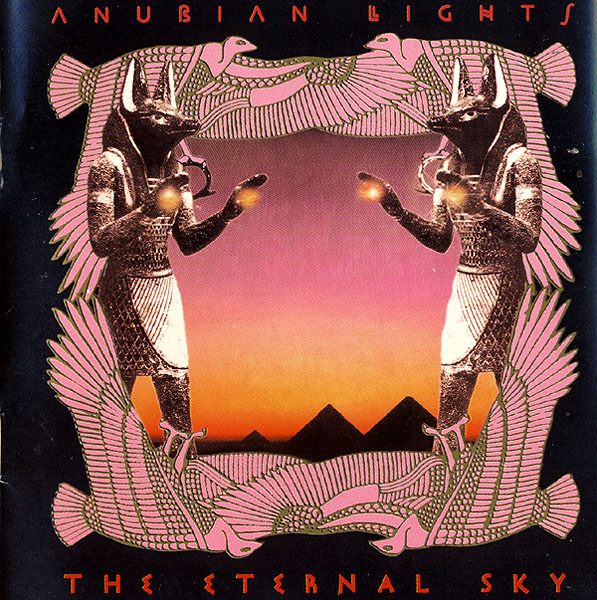 Cleopatra has been surprising of late with their output; the Space Daze compilation and Spiral Realms releases were both pleasant surprises. Anubian Lights is another solid release. The group is basically Nik Turner with many other familiar names in the Hawkwind axis and is like a trip back to the days of Sphynx and Xitintoday with strong Egyptian and middle Eastern overtones. The music is varied from synthesizer drones ("Breaking the Seal") to tribal like dirges ("Soul Herder" and "Grid Coordinate: Vorp One") and on to more typical and modern rave like tracks ("Jackal and Nine.") Certainly, this is more in the rock direction at times than blood brother Spiral Realms and Dorian Shelley's Ed Wynne / Steve Hillage like guitar ties this strongly into the new British psychedelic scene a la Ozric Tentacles. Besides the fact I still can't swallow rave drum beats no matter how many effects are layered over them, this has a lot of great (even classic) music with some distinct ethnic touches and I must recommend it, especially to ambient / house listeners.