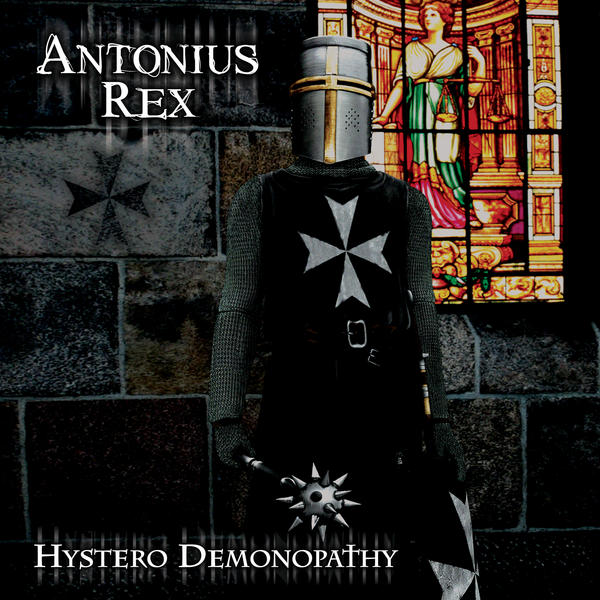 Antonius Rex has been around since the 70s, the band whose stock in trade is combining solid symphonic progressive rock with occult lyrics and dark imagery. When there are only three members of a band – a guitarist, a keyboardist and the third member is listed only as a ‘medium,’ you know something mystical and diabolical is being explored. Even though the lyrics are mostly in Italian, track titles like “Disincantation,” “The Devil’s Nightmare,” “Demonic Hysteria” and “The Fatal Letter” offer enough of a clue to the listener. But if you can get beyond the treated voices and whispering, and the programmed drums on some of the nine tracks, this is a pretty solid effort in the Antonius Rex canon. Antonio Bartoccetti writes the material, plays guitars and bass, and is the mastermind behind this unholy vortex; he is joined by Rexanthony on all manner of keyboards and digital drums, and Monika Tasnad is the medium, with vocals by all. There are acoustic drums provided by guest Florian Gorman, and three additional guest vocalists are presumably the heart of the massed choir effects heard on many of the cuts. Bartoccetti is an exceptionally fluid and versatile guitarist, with many points of reference, in addition to his impressive compositional skills, which over the years have only gotten better. The keyboard arsenal is impressive, and leans toward the vintage, complimenting the guitar work nicely. By the time we get to “Possaction” at the end of the disc, it seems like we find ourselves in the middle of a full-blown exorcism, with anguished screaming voices, demonic laughing and twisted whispers dominating the (by now) mostly incidental music.