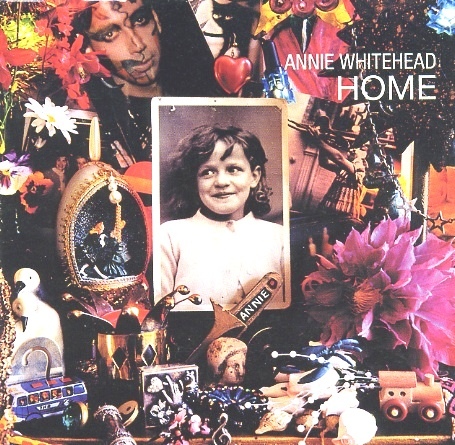 Annie Whitehead is a trombonist and composer who has made what I’d characterize as an optimistic revalidation of the roots of early Brit jazz, adding a careful handling of world music themes. Her own band Experience has released three CDs as well as recording a session of aggressive, improvised jazz entitled Rude. Her partner in musical crime is bassist and arranger Ian Maidman, who counts among his work sessions with David Sylvian (Gone to Earth) and The Penguin Café Orchestra (along with Whitehead), among others. The nine tracks on the album comprise a carefully arranged set of successful pieces, which span a wide array of styles. “Hale Bop” is an obviously funky tribute to the comet which resulted in Nike-shoed cult members offing themselves. “In the Lap of the Gods” is an uptempo ballad which shows Whitehead’s ability to carry a strong melodic line along with the classy tribute to a Catholic youth center, “For Us.” In contrast, “Celebration,” a tribute to Simon Jeffes, is a short precious piano-led theme featuring Whitehead on melodica. Essential keyboard contributions are made from noted Euro jazz player Jasper van’t Hof (Ex-Pork Pie and Eberhard Weber’s Colours). He adds “Mad Barrel Organ” on the reggae-tinged “Sweet Don D”, which is one of the best tracks on the disc. With this strong outing under her belt, it’s clear how Whitehead could conceive of the new Wyatt big band tribute, which is now also available from Voiceprint.