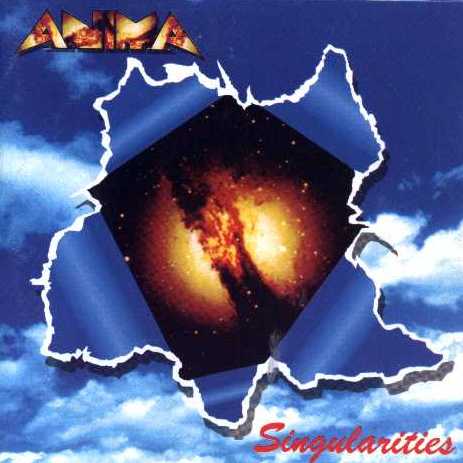 While eight musicians are credited here, the music features guitars, bass, drums, and keyboards, and some vocals / harmonies / choirs, and one might suspect this to be a basic four or five piece with guest vocalists. This is the band's second album, their first being the hopelessly obscure private label release Tempus Stetisse from 1993, which this writer has not heard to date. Their sound is a spacy rock no doubt influenced by Meddle era Floyd and some mid 70s German symphonic bands like Grobschnitt, with some folkish trappings, as well as hints of Close to the Edge period Yes, Genesis, and the like. The stylistic influences are well absorbed, and difficult to pin down, and overall the band has a very original character. The primary power derives from the spirited guitar work of Zé Lima, although the piano and keyboards play an equally major role in building their sound, while bass and drums work together and support the effort well. Two of the tracks break the twelve minute mark, and give the musicians plenty of room to stretch out. The lead vocalist sometimes adopts a kind of a soul feel, and at other times an almost neo-progressive character; the vocals tend to be the weakest aspect of their sound, yet with the elaborate harmonies, choruses, and choirs are kept fairly interesting. Lyrics are in English, and are generally pretty good, yet it's the pronunciation that sometimes falls short — but it's not that big a deal because most of the album's 48 minutes are spent in instrumental territory. In all, this is a band with a good sound that seems to be going somewhere.