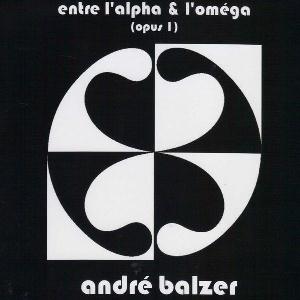 If the name doesn’t sound familiar, the voice certainly will. Balzer was the vocalist of French progressive band Atoll, and this ambitious solo concept album finds him in finest form, as composer, vocalist and guitarist. With a supporting cast of no less than 18 players and vocalists, the overall feel is a sort of dreamy and slightly jazz oriented art-rock with frequent flashes of instrumental brilliance. There’s also a folky undercurrent on many of the tunes as well, which plays well to a gentleness that follows through the entire effort. Some of the more rocking tunes like “Libera Nos” will most definitely remind the listener of Atoll in the Tertio and Rock Puzzle period. There are 19 tracks in all, though many are simply shorter spoken interludes that tie the main pieces together, some of which are strung together into longer suites. The eclectic nature of much of this tends to take a few listens to absorb; it tends to wander all over the place while going from one idea to the next. Many of the songs are melodically memorable, like the haunting “Lundi 5 au Soir” that whirrs along seemingly through a series of dark caverns, punctuated by portals of glowing intensity. There is plenty here to pique the imagination, and those conversant in French may get even more from its lyrical side. A solid and welcome return for Balzer.