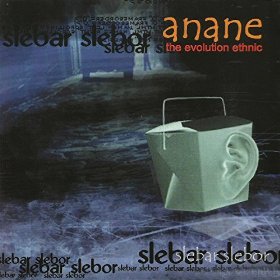 Anane is an Indonesian band that mixes traditional indigenous themes with modern western musical styles. Most of the songs are based upon traditional songs of the Gayonese people from the island of Aceh. Though the band only credits themselves with “rearranging” the songs, they’ve obviously made significant additions to the original pieces and expanded them by incorporating several additional styles from all over the world. The band is clearly comfortable playing in odd time signatures and their tunes change meters frequently. “Perueren” opens with a cello and guitar intro in 11/8 and then progresses through several different sections including a flamenco guitar solo and an accordion-led waltz section. Another core characteristic of the band is the use of multiple simultaneous percussion instruments. Often, two or three percussion parts are being played at the same time. The tricky drum rhythms and percussion break in “Kekeberen Ni Pejuang” are very cool and lead right into a fast Bulgarian sounding melody part. The saxophone and guitar dual melody parts in “Dansa Gayo” are very European sounding too. “Ho Ho Hi Heh” is very jazz-fusion influenced piece. Multi-part vocals are featured prominently in every song. Along with the various percussion instruments, the other acoustic instruments like bamboo flute and piccolo keep the songs on The Evolution Ethnic clearly grounded in a common Indonesian style even when they venture out into other musical terrains. The music is an uncommon blend of styles and the album contains some tasteful playing and interesting songs.