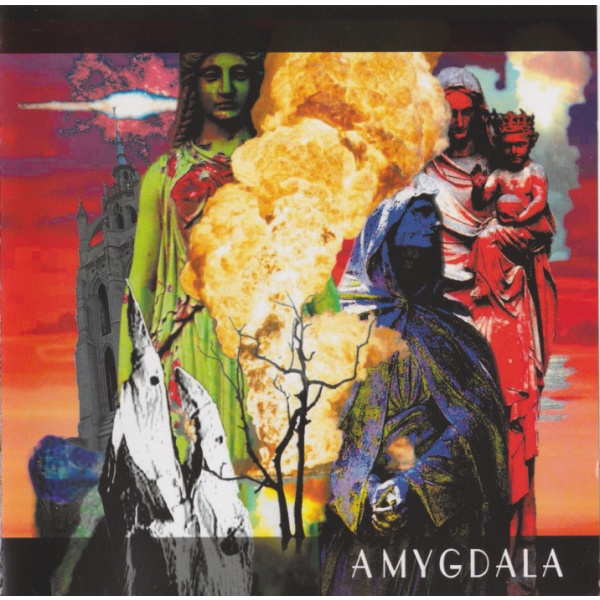 The brutal apocalyptic menace of the opener “Utrecht” could be described as a four-way collision between Univers Zero (that “chamber” sound), Magma (the rumbling, growling basses), Present (the screaming angular guitars), and Happy Family (the general tone and energy level). Sound like something you might enjoy? The amazing thing is that all this din is made by just two guys! Amygdala is Yoshiyuki Nakajima (keyboards, synths, compo-sitions and programming) and Yoshihiro Yamaji (bass, guitar, and vocals) – and there aren’t much of the latter, this is like 99% instrumental. So what about the drummer? That’s Amygdala’s dark little secret; apparently all drum sounds are programmed, although it’s done so well that on casual listen one might not even notice. This writer listened to the entire disc one time through before looking at the credits in astonishment; similar story with the synth generated clarinet and bassoon voices. The complex metric figures on “Bernoulli’s Organ” give it away, though – few human keyboard players could switch back and forth between these tricky signatures in mid stream without a little help from the ol’ sequencer. The key words here are manic, dark, intense, and foreboding, with no ‘pretty’ stuff to be found anywhere; kind of like the soundtrack to your favorite nightmare. Gotta love it!