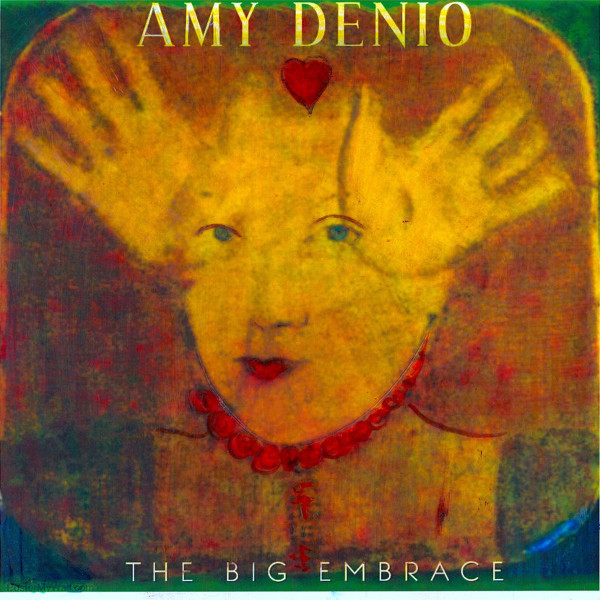 Amy Denio has her musical hands in so many different projects that it’s hard to keep up with her. Between touring and recording with The Tiptons, Kultur Shock, Correo Aereo Trio, Ou, and others, she manages to find time to be a solo artist. The Big Embrace presents a set of 16 compositions mostly recorded between the winter of 2014 through the summer of 2017, with one piece, “7,500 Kisses,” which dates from 2000. Denio herself produced most of the sounds heard, handling vocals, bass, percussion, saxophone, clarinet, and a variety of other instruments and non-instruments; guests contribute on some of the tracks as well. The music is an intimate portrait of the artist, exhibiting whimsical humor, cutting wit, serious craft, and an anything-goes, why-not experimentalism that is truly her own and resembles no one else you’ll hear. At one end of the spectrum are several tracks featuring nothing more than her voice multi-tracked, sometimes including mouth sounds for the rhythm parts, sometimes accompanied by clapping or actual percussion played by Denio or a guest. The next layer adds bass guitar into the mix, either with or without the percussion, and these tunes bring a bouncy energy to bear. And then there’s “7,500 Kisses,” which features a five-member ensemble, and was recorded for a dance performance. The lyrics are uniformly clever and feature many quirky turns of phrase and unusual subject matter, such as “Rx for Peanut Butter and Scrambled Egg Sandwich” and “Rx for Feral Fleas.” Two songs, “Donald the Lump” and “I Love This Cunterie,” are built around recordings of speeches by Donald Trump, using his voice as the lead with Denio harmonizing the words in rhythm. These are very imaginatively done, and come off as surprisingly musical given the non-musical origins. With inexpensive technology available today, pretty much anyone who wants to can record an album in their bedroom, and there are a multitude of examples available of how that can be a bad thing. The Big Embrace is the flip side of that — Amy Denio shows us just how good a self-made album can be when the artist possesses both the imagination to come up with original ideas and the the talent to capture them on her own.