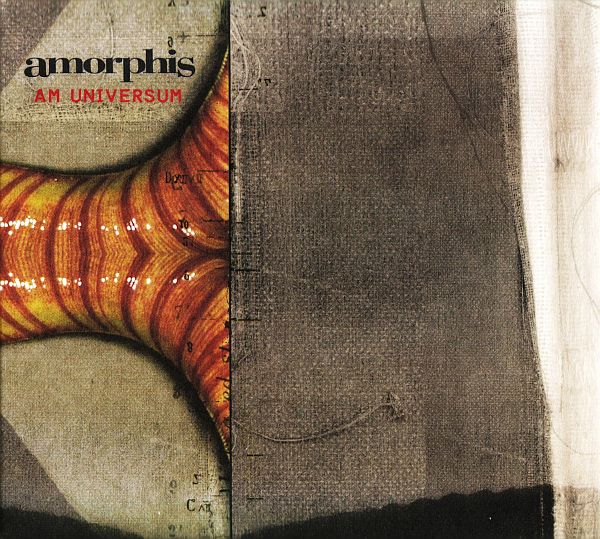 Back when I was in my early teens, I went through a phase where I liked heavy metal. Black Sabbath’s Paranoid was my favorite LP. That phase didn’t last very long, and I haven’t followed the genre much since. If I hadn’t read about Finland’s Amorphis, this bit of my history would be irrelevant: without knowing that Amorphis started life as a metal band, I would not have guessed. I may catch hell for saying this, but Am Universum reminds me more than anything of a heavier version of Porcupine Tree’s lush style. The vocals aren’t as breathy as Steven Wilson’s, and the guitar solos are not reminiscent of David Gilmour, but the overall sound has a noticeable similarity, with lots of wah-wah, phase shift, and keyboards more atmosphere than lead, favoring older sounds like Hammond, piano, and analog melodies. The songwriting is good, with a variety of tempos and moods, with melodies that stick in the head after they’re gone. “Veil of Sin” is the slower tune of the set, and starts with acoustic guitar and piano, and adds sax later on as a decidedly non-metal touch. There’s also a distinct resemblance to some other Scandinavian bands I’ve heard, like Book of Hours, Qoph, or a little Five Fifteen, though it’s hard to put my finger on exactly what it is. I haven’t really delved into the lyrics, but most of them seem non-irritating, though “Goddess (of the Sad Man)” gets pretty close to the realm of silly pretense.