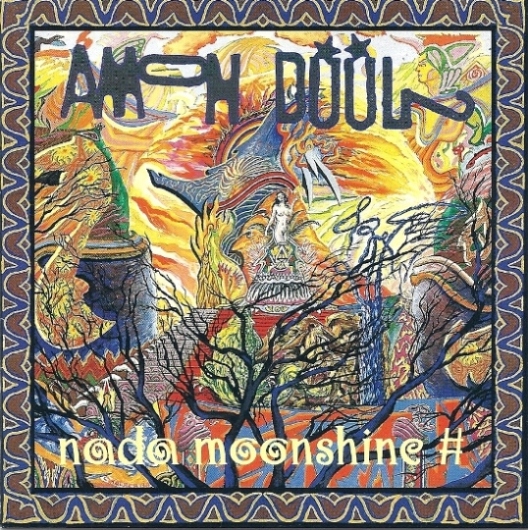 If there was one German band that embodied the true spirit of German "space rock," it was A.D.2. They took the early vibes of Pink Floyd and carried them into a whole new dimension of conceptualism and sonic terrain. Early albums like Yeti, Tanz der Lemminge, and Wolf City still stand today as landmarks in the history of psychedelic and progressive rock. The band continued until the late 70s, making some good and some not so good albums. As the times changed they tried to adapt, but they ultimately gave it up after a final album titled Vortex that contained some nice tracks, but not enough energy to keep the band going. When word began to circulate that they had re-grouped and were recording a new album, my anticipation ran high, but expectations were mixed. Could they conjure up the ghost of great music past and make magic once again? Reports of the initial sessions were mixed. A couple new tracks appeared on the French release Surrounded by the Bars. But a new album was not forthcoming for almost two years.

Nada Moonshine # features original members Chris Karrer, Renate Knaup, Lothar Meid, and Peter Leopold augmented by keyboardist Peter-Paul Kuen (who also recorded the album in his Munich studio) and guitarist Felice Occhinero. And to my amazement it not only is the best recorded album they have ever released sonically, but it ranks right after Wolf City as perhaps one of their most creative efforts. After all the years, they have returned with a vengeance. Tracks like "Castaneda Da Dream," "Sirens in Germanistan," "Guadalquivir," and the title track are among the most exotic and imaginative works they've ever done. "Speed inside My Shoes" and "Kiss Ma Eee" by Lothar Meid are surreal and spacy prog-pop that will sizzle your synapses with synth and musical changes. The guitar playing by Chris Karrer is searing and laser-like as it cuts through the dense wall of keyboard sound created by PPK. Top it all off with Renate's multi-octave vocals that range from resonant, low register vibrato to lilting, ethereal falsetto. As mentioned before the crowning glory of the whole album is the superb recorded sound. Over the speakers, or on headphones, the whole album is a wonder to behold as the multi-layers of instruments, voices and exotic effects literally burst forth in glorious sonic technicolor making Nada Moonshine # a great album in every regard.