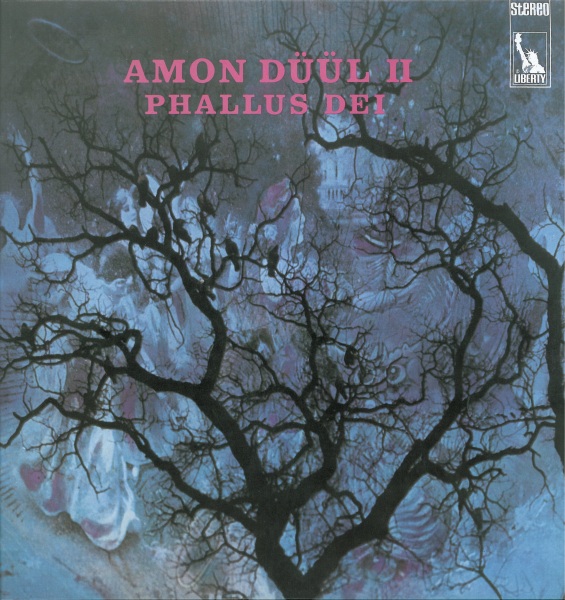 If I was to take a census of Amon Düül II fans, favorites are usually Yeti (mine), Dance of the Lemmings, or Wolf City, and then the others usually line up right after. I've always had this, their debut release in third place after Yeti and Dance, it's really an incredibly strong debut and something of the template for the following two double albums. A lot of the musicians are in place and that pairing of heavy riffing and the extremely effected and psychedelic blanket over everything leaps right out. I would say that over the years this approach just continued to be more and more focused and the following albums leave their debut sounding almost chaotic and unhinged. Amon Düül II would eventually develop songs, but here they just kind of emerge and disappear out of a primal soup of wailing and riffing and the results may not be as memorable as what was to come. But every time I go into this album thinking it should come down a couple notches, I'm as impressed as ever or perhaps all my senses just hit overload. If I think of 1970 in terms of how heavy the riffing can be (even a year later there would be a lot more stuff) this album comes to mind along with Black Sabbath and High Tide. It's a true freakout with a name to match. It's hard not to think of the early mankind sequence at the beginning of 2001: A Space Odyssey when listening to this.