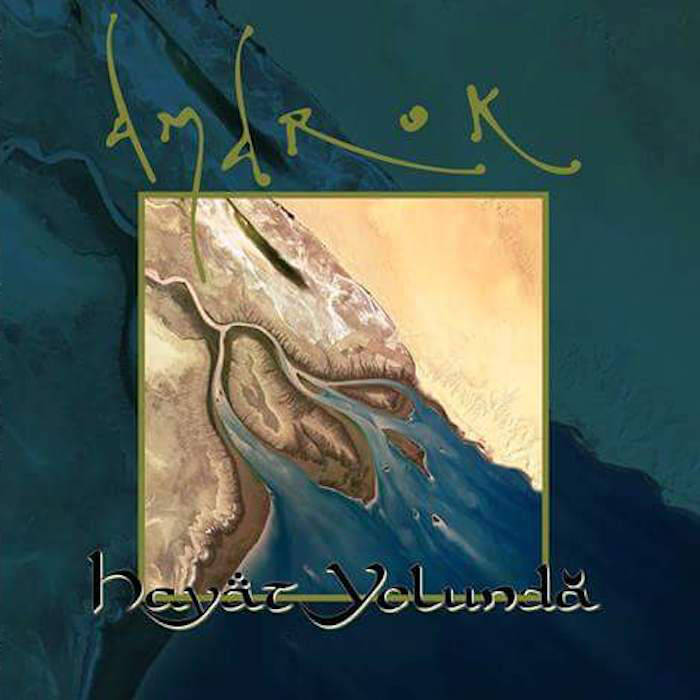 It’s been around eight years since we’ve heard anything really new from Amarok, one of Spain’s finest progressive bands going all the way back to the early 90s. The last release with new material was Sol de Medianoche from 2007, then around a year later we got Canciones de los Mundos Perdidos – Cintas Originales, which was a rescue job of the band’s second album from 1995 using the original tapes, and patching in some new vocals and instrumentation along the way – and a splendid job they did on that; then in 2011 Azafran released a live disc of the band’s performance at the 2008 Gouveia art-rock festival. So what happened over all those years? This 2CD release Hayat Yolunda / Archivos 2009-2015 attempts to answer that question with a brand new album on disc one (Hayat Yolunda = Path of Life), and a collection of recordings the band made in the interim years on disc two, some intended for a follow-up to the 2007 release that never happened before the band went on hiatus, and some interesting covers that may have seemed out of place on a new Amarok album. The core of the band remains intact (singer Marta Segura, composer and multi-instrumentalist Robert Santamaria, and flute player Manel Mayol; bassist Alan Chehab – who played on Sol de Medianoche, plays on disc one but is absent from the archival material). Sax player Mireia Sisquella is gone, drummer Pau Zanartu returns, and electric guitarist Xavi Saiz is new to the band since 2007. The music now has retreated from an overt progressive rock sound (although there is some of that) to the more gentle and satisfying folk-rock meets ethnic with classical overtones that graced the early 90s releases like Canciones, although now with better production, sometimes a bit reminiscent of early 70s Genesis or vintage-era PFM, with the beautiful female voice of Marta Segura gracing the proceedings throughout. I really can’t imagine anyone not liking the nine newly recorded tracks on disc one. Unlike some previous albums, there aren’t a lot of extra players here; I think Robert Santamaria can play just about any instrument one can throw at him, but keyboards and 12-string guitar seem to be his primary duties as a player.

The first six cuts on the Archivos disc are tunes the band was working up in 2009 for the aborted follow-up to Sol de Medianoche, and dispay a stronger ethnic folk bent that reaches out in many directions (Middle Eastern, Celtic, and more) along with extra players on violin and additional percussion; the opener “Imdhalaia” is particularly potent on many levels, but there are many other gems herewithin. Also noteworthy on the Archivos disc are instrumental covers of The Beatles’ “Norwegian Wood” as well as a cover of Tangerine Dream’s “Stratosfear” recorded in 2014 by a four-piece lineup featuring guest Victor Estrada on theremin, with an interesting acoustic introduction. So, in summary, it’s great to have Amarok back in action again; of their ten-or-so releases this one certainly ranks as one of their very best.