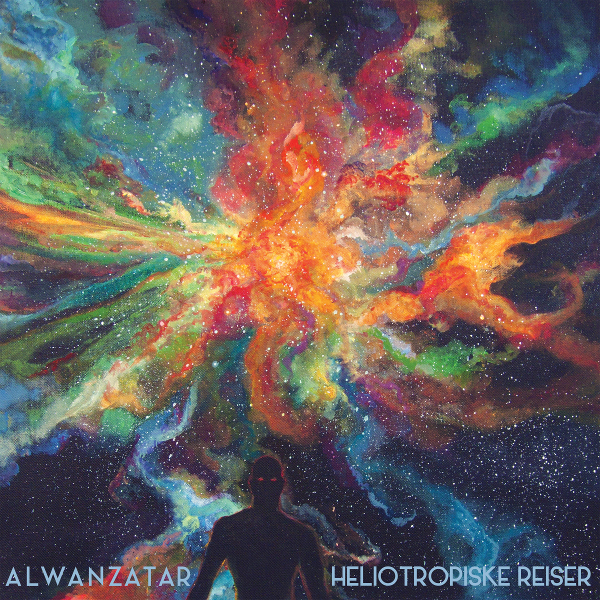 Tangerine’s classic albums of the 70s have an enduring appeal that causes them to be influential even 40 years on. Phaedra, Rubycon, Ricochet, and Stratosphear stand as a solid body of work that has been much emulated, if never really bettered, even by Tangerine Dream itself (to be fair, they moved along into other areas — for better or worse — rather than simply repeating themselves). The burbling sequencers are the most-copied feature of those albums, but there was always more to them than just programmed arpeggios. Alwanzatar is a one-man project of Norwegian multi-instrumentalist Krizla (Kristoffer Momrak), and he takes many cues from the old Tangerine playbook, and takes them in new and interesting directions. There are sequences, though they are often not the most prominent parts of the arrangements. Melodies are covered by a variety of different instruments, including flute, Mellotron, and synthesizers. This may sound like an odd comparison, but in some ways Heliotropiske Reiser makes me think of what might have happened if Tangerine Dream had recorded an album of Bo Hansson covers — something about the melodies and the way they fit together with the chords and rhythms. I don’t know what kind of drum machines or samplers were used for the rhythm parts, but they sound rather like vintage devices from the 70s used with parts that are sometimes more modern in style. The five tracks present 44 minutes of sounds that bridge the retro and the modern, with the longest being “Rikosjett” — Norwegian for “Ricochet,” to make the inspiration clear — though the piece features more chromaticism than the progenitors generally indulged in. The range of moods and tempos is good, so the album never drags, and there’s a constant influx of new sounds to keep things interesting. Fans of analog synthesis and classic sounds should eat this up; it’s one of the best one-man projects I’ve heard in some time.