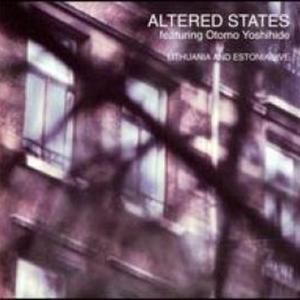 You want insanity and unpredictability? Look no further. This album consists of live recordings by this Japanese group from two different Baltic new music/jazz festivals and two tracks recorded for Estonian radio. Surprisingly, the live tracks have infinitely superior sound to the radio recordings, which are rife with dropouts and sound very "bootleg" in quality. Never mind, this music sure packs a wallop, swinging from be-bop jazz to searing guitar rock to wild free improvisation. The band itself is basically a guitar/bass/drums trio, though they seem to be augmented by horns at times and make an extensive use of taped sounds/effects. The "musique concrete" element is further enhanced by guest performer Otomo Yoshihide, a turntable artist of the Boyd Rice variety who uses the full extent of tonal possibilities of his unusual instrument: that means surface noise, lock grooves and needle scrapes. And if you're still turned off by the poor sound quality at the beginning, relax...there's another, clearer-sounding version of the hard-hitting opening track "Motif B" later on in the album (that version segues into a particularly wild and inspired improvisation).