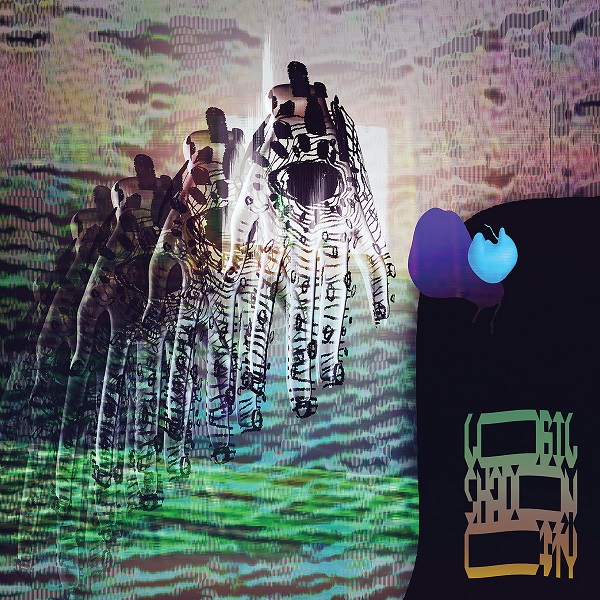 This is Alpine Decline’s fifth outing – I’ve covered their previous reverb-drenched dark psychedelic releases in previous reviews, and Go Big Shadow City doesn’t signal any kind of change in direction. I’ve seen the band live, and can attest to the fact that they sound very much the same on stage as they do in the studio. The duo of Jonathan Zeitlin and Pauline Mu can really fill up a room with sound, between the collection of effects pedals on Zeitlin’s guitar, the reverb on his voice, and Mu’s use of a keyboard next to her drum kit. Presumably they use overdubs in the studio to accomplish the same multitasking with a bit less effort, adding in other parts as well for an even bigger sound. But with all the cavernous reverberation, it’s pretty difficult to make out exactly what they’re doing. I know that this foggy indistinct sound is exactly what they’re looking for – it’s an esthetic choice, and one that lots of artists make. Producer Yang Haisong usually favors a bit more sonic definition (as on PK15 and After Argument), but in this case meets the band halfway. The sound is big and complex enough to keep my interest, though I do occasionally long for some cleaner sounds to latch onto. Keeping the listener off guard like this is probably their intention, but it can get a little tiring after a while. Fans of bands like The Black Angels should feel right at home here, but for myself I can wish for a little more variation in the future.