After being diagnosed with a rare form of cancer in September, drummer Alphonse Mouzon has died at the age of 68. Mouzon's recorded career began in 1970 with albums by Gil Evans and Roy Ayers, and went on to include such fusion greats as Weather Report and Larry Coryell's Eleventh House. 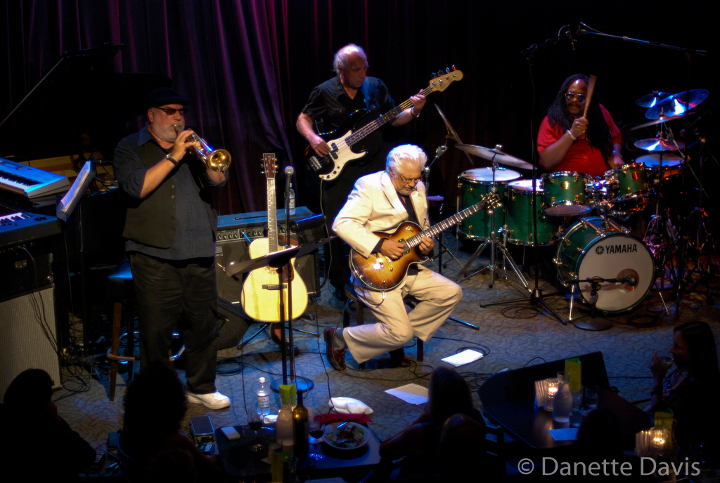 In addition to his work in fusion and jazz-funk, he worked with artists in many other genres, such as Stevie Wonder, Eric Clapton, Jeff Beck, Carlos Santana, Patrick Moraz, Betty Davis, and Chubby Checker. He worked with Miles Davis on the Dingo soundtrack, and even garnered a few acting credits in feature films.

Among fans of classic jazz fusion, it will be his work with Larry Coryell that will be best remembered, with a string of albums in the mid-70s that stand as prime examples of the genre: complex, funky, and full of fiery playing.

Praxis - Collection – If a guitarist who calls himself Buckethead, wearing a white mask with a Kentucky Fried Chicken bucket on his head and claims he was raised by chickens doesn't frighten the crap out of you, then maybe...  (1999) » Read more

Bella Band - – Smokin' hot fusion is the specialty delivered by this instrumental five-piece of keys, winds, guitar, bass, and drums from Firenze. Comparable to some other Italian jazz-rock bands like Perigeo...  (1995) » Read more

Keith Jarrett - The Carnegie Hall Concert – Recorded live in September of last year at the most prestigious hall in New York, this collection of one multipart improvisation and five additional songs can be seen as a crowning statement of...  (2007) » Read more

Proto-Kaw - Early Recordings from Kansas: 1971-1973 – Kansas was pretty widely exposed back in the 70s, and while they were basically similar to other bands of the era, there was a hint of the progressive sound that appealed to many fans of more complex...  (2003) » Read more