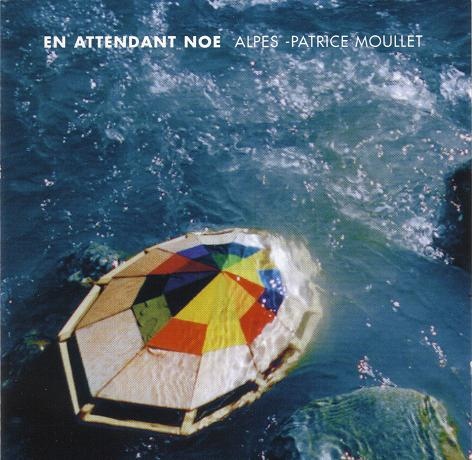 With a signature sound almost indescribable, Patrice Moullet is back with another Alpes release. Imagine a mad scientist living alone in the mountains, inventing, designing, and constructing his own instruments. That's the feeling you get when you see the photo on the back of this digipack CD. Moullet is the inventor and maker of the Percuphone, a bizarre hybrid contraption that looks somewhat like a genetic mutation of an electric guitar, a tuba, and a bagpipe. And the music is every bit as bizarre too. The use of sequencers and simple drum machines is usually the kiss of death for solo artists, but Moullet's style is so unique and his writing style so original that you won't really even notice once you make it past the first few moments. The main reason for this is that Moullet doesn't use these devices as substitutes for other human players. He uses them in ways that nobody else uses them, making them fit into this weird electronic symphony as if they never belonged anywhere else. As mentioned, the music is impossible to describe fully, but is generally based on percussive loops and patters with strange vibrato-heavy synth lines scattering around on top. Numerous electronic textures and ambient soundscapes are added to the mix, some breezy, some incredibly anarchistic and dark. Entirely original, En Attendant Noe is highly recommended for fans of unusual and experimental electronica. And if you're not familiar with Alpes / Moullet, give it a try anyways, you won't have heard anything quite like this before.