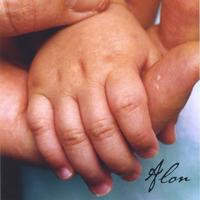 Alon is the musical project by the enigmatic Pennsylvanian Marc A. Gallo, who does not appear to have been active musically since this CD EP was released in 2005. The Artist Manifesto: Document 1,The Music Edition is a three-track disc. The three five-minute pieces are “Time Will Tell,” “Going Back,” and “Art’s End," the first two being songs and the third an instrumental. While Alon’s vocals and lyrics don’t exactly grab me (Alon is a bit too emotive for my tastes), the saving grace is his musicianship, production, and innovative music as well as his use of the Mellotron on “Time Will Tell.” “Art’s End” is far and away the most adventurous and best track on the disc. The Ebow on this track lends a Frippertronic feel to the music that sounds like it could go on forever without ever boring the listener, but at around five minutes, it is just too short! The Music Edition is an uneven release. Alon’s strength is in his orchestration and experimentation with sounds. His vocals, though decent, just get in the way.

Faith & Disease - Insularia – The new Faith & Disease album is a continuation of the sound set forth on the Livesongs: Third Body album. That is slow, dreamy music, more similar in style to Mazzy Star than Dead Can Dance. If...  (1999) » Read more