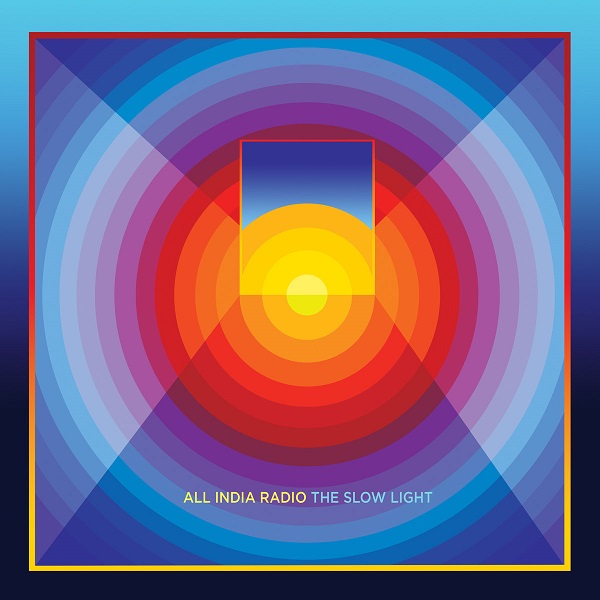 All India Radio is essentially the efforts of Australian musician Martin Kennedy accompanied by an assortment of guest musicians and collaborators. All India Radio has been releasing music since 1999 with The Slow Light being the tenth studio album. Over the last four years Martin meticulously crafted these ten dreamy slow motion tracks, most of which are instrumentals. Selena Cross, who sang on an earlier album, returns to provide lead vocals on “Can You Hear the Sound” and vocal atmospheres on “Sunburst” and “Twelve.” The Slow Light also features Martin’s 12-year-old daughter Hollie Houlihan-McKie's vocal debut on “Galaxy of Light.” If you like pleasurable cyclic ambient electronic music, then The Slow Light is for you. The drifting / floating music is calm and soothing. The electronic percussion accompaniment does not interfere with the listening experience. Martin processes most everything through the reverb, which helps merge the synths, guitars, etc. On the vocal tracks it can be challenging at times to understand the words as the voice is there more for atmosphere than to convey the lyrics. “Can You Hear the Sound” has a bit of Twin Peaks vibe while “Sunburst” gives a sense of Pink Floyd’s Wish You Were Here. “Galaxy of Light” sounds quite celestial with Martin sending Hollie’s vocals through a harmonizer. Not overly adventurous and a step beyond New Age music, The Slow Light would be perfect music for star gazing or relaxing after a stressful day.