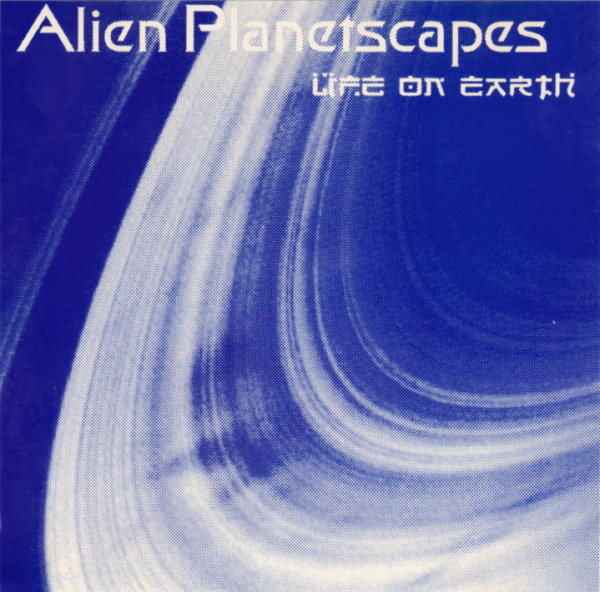 Alien Planetscapes proudly proclaim to be the oldest space rock band in America. An admirable distinction that at 17 years I certainly can't discount. The only argument I might present is that I think they're reaching beyond the space rock designation. Most of the tracks, all instrumental, maintain a high energy level that combines free jazz, space rock (both forms do have shared attributes), and hard rock. Heavy bass lines and pounding drums provide an anchor for most of the songs. Over this the sax squeals wildly and electronics whistle and squirt. The guitar has many sounds and textures: sometimes lots of fuzz and wah wah, sometimes crunchy riffs, but usually fairly hard. It would be nice if the sax came out of its squeal mode more often, but it's incorporated well enough in the mix so that it isn't overbearing. When I saw them at the Strange Daze festival I couldn't help but be reminded of Happy Family — a homogenized Happy Family, one without the RIO and zeuhl elements, and without that nth degree of tight complexity. Well what the heck is left? you might ask. AP has that same in-your-face intensity; like they are warriors and music is their weapon. Their music may not have quite the track to track variation either, but there is enough to maintain interest, from the extended space freaks outs, to the infectiously hip "Love Shack Radio," to the cap-tipping "Soft Martian," which pays tribute to one of their many influences. They were great live; better in some respects, thanks mainly to their new guitarist. And since they are so good live, it made perfect sense to them to record this album live in the studio without overdubs.