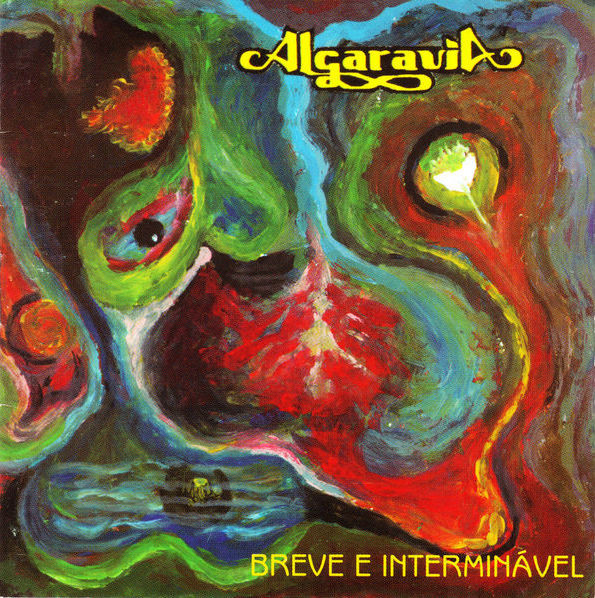 The title of the first track, "Crimsoniana," ought to give you an idea as to this new band's sound, but it doesn't tell the whole story. Algaravia's line-up consists of two guitarists (one doubling on keyboards and vocals), bass, and drums plus an auxiliary percussionist. Certain elements sound a mite familiar: the Discipline-esque dual-guitar, the parallel tritones, the bits of Keith Tippett jazz piano, the bit of phony synthesized Mellotron at the end of "Cellula Mater," etc. But unlike other Crimson "influenced" albums (e.g.: Anekdoten's Vemod), this is no mere quilty-patchwork of recycled Crimson riffs. Besides, the guitar tone is totaly different from Fripp's (or Belew's, for that matter). In fact, the guitar tone is surprisingly dry, hardly any distortion devices were used at all. And while percussionist Vladimir Ricardo borrows one obvious technique from Jamie Muir (i.e. the ubiquitous temple-block fills), his style is altogether more Latin, as evidenced in each timbal hit and conga roll. Apart from the obvious Latin touches, there is also a strong element of jazz, reminding at times of the well-liked German band Kraan, but not as spacy. As a whole, Algaravia's debut is quite promising, and I expect even bigger and better things from this band in the future.