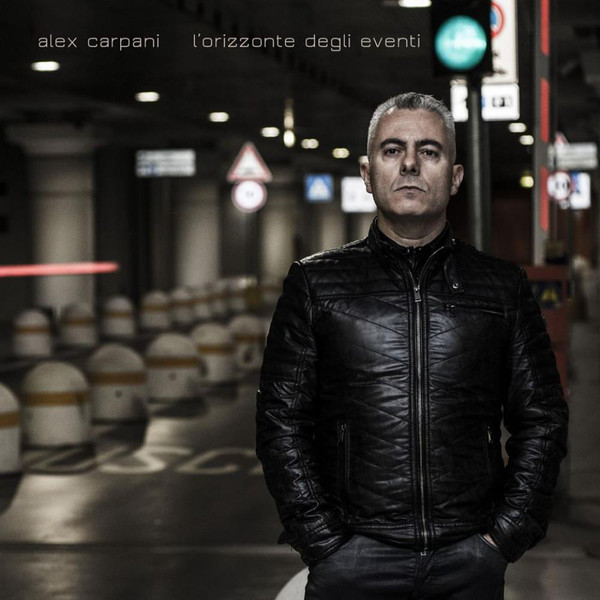 We last encountered Alex Carpani in his band Aerostation a couple of years ago. That release was followed in 2020 by another solo album, L'Orizzonte degli Eventi, which features Carpani on keyboards, vocals, programming, and “virtual guitar,” joined by GB Giorgi on bass and Bruno Farinelli on drums; Efisio Santi provides some spoken vocals on one track. Carpani’s 2016 album So Close. So Far. featured English lyrics, but for this outing he sticks with his native Italian. Much like that previous solo effort, the music is an energetic and sophisticated take on modern rock with nods to progressive rock in the variety and prominence of keyboards as well as the willingness to venture astray from simple song structures. The nine tracks are generally concise — only four stray above six minutes — and don’t dwell on self-indulgent keyboard solos. Carpani’s singing is very strong, and he often provides layers of backing vocals as well. While the overall mood is brisk and energized, the arrangements do provide occasional moments of quiet, introductions or interludes between the more upbeat sections. Casual listening might leave one thinking that there is actually a guitar in the mix, though closer attention shows it to be more keyboard based. In this case I have no problem with it, as it just fits into the arrangements and isn’t leading the music. I thoroughly enjoy L'Orizzonte degli Eventi, and have no reservations recommending it to anyone who likes progressive rock of the classic or modern varieties.