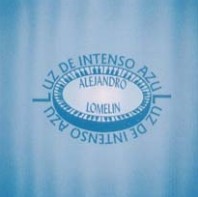 Luz is the instrumental solo project of keyboardist Alejandro Lomelin, of the Mexican band Caja De Pandora. For the most part this is a work of simpler repetitive piano figures and introspective melodies, laced with some symphonic tendencies. While the music herein is generally inoffensive, it isn’t particularly groundbreaking either, residing somewhere between a modern electronic new-age style and milder progressive rock. The instrumentation and production are definitely demo level, and a trifle unconvincing overall. Some further attention to arrangement and a greater variety of sounds would have gone far to make it more interesting. Compositions tend to be on the simple and predictable side, even though there are plenty of moments of brilliance - which leads one to believe that with a bit more attention to writing and production this could have been much better than it is. Maybe next time.