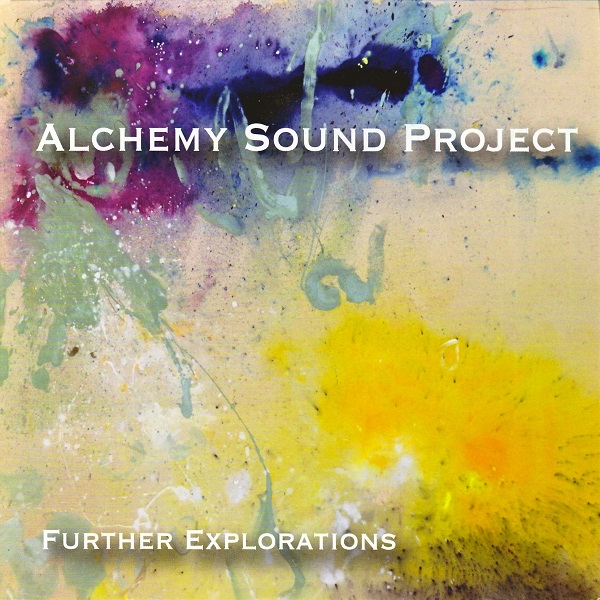 Alchemy Sound Project is billed as a “composer-performer collective.” It features five principal members, each of whom is responsible for two compositions in the set, along with a couple of non-composing guests to fill out the sound. In order of their pieces’ appearance, the writers are Salim Washington (various woodwinds), Erica Lindsay (tenor sax), Samantha Boshnack (trumpet, flugelhorn), Sumi Tonooka (piano), and David Arend (double bass); the guests are Willem de Koch (trombone) and Max Wood (drums). To generalize, the music falls into an amorphous post-bop realm of jazz, with sophisticated tonalities and unconventional arrangements, though not totally divorced from swing. All of the composers take advantage of the tonal palette available with the septet, along with the opportunities for polyphony. At times, I’m reminded of how Birth of the Cool expanded the perception of what jazz could sound like, an expansion that was furthered by numerous artists in the following decades, taking lessons from 20th Century classical music, non-European traditions, and (later) rock into the fold. There’s not much rock influence here, though a few tunes feature insistent bass lines with a straighter rhythmic feel than bop would have. There are many highlights. One is Tonooka’s “Waiting,” which starts with a wistful melody on flute backed by dense piano chords, then builds gradually, trading melodies around between the instruments, climaxing in a moment of chaos before dropping back down and building again, this time to an outstanding tenor solo, then piano, then a section where several of the players improvise together, almost in the manner of a Dixieland tune. “Alchemical” is a Boshnack tune with some herky-jerky interlocking parts and a manic piano solo full of dissonant clusters. “Beta,” written by Lindsay, is another favorite. It features a great bass line that has a slightly latin feel to it, and Washington plays oboe, giving the ensemble parts a distinctive flavor. But these are only a few of the many great moments on Further Explorations. None of the tracks is weak, and the playing is excellent throughout. The amount of talent on display here is impressive — here’s hoping it gets some notice as one of the year’s outstanding jazz releases.