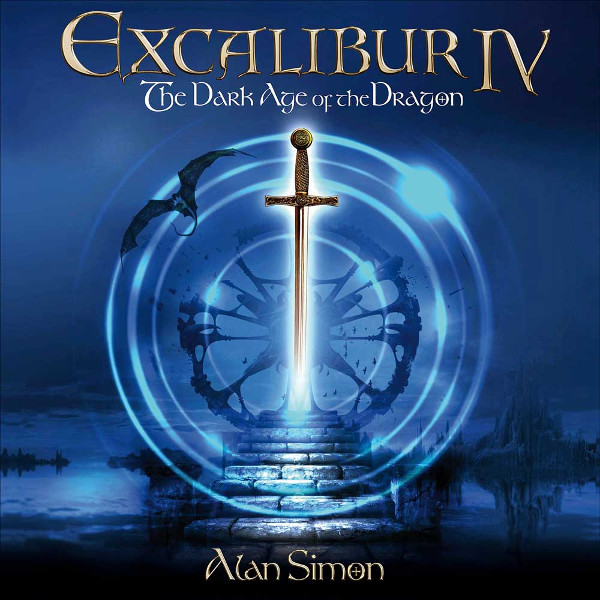 If you've always felt that Rick Wakeman's epic concept albums were a little too understated, Alan Simon has got you covered. There may be no ice-skating dinosaurs involved (maybe a dragon, though), but when it comes to Celtic fantasy, Simon is doing his best to make the genre his own. With his fourth installment of the Excalibur trilogy (as it was apparently planned), he presents 73 minutes of heavily orchestrated romantic melodicism with elements of Celtic folk music, kind of like Riverdance meets Phantom of the Opera with touches of Alan Stivell and Jethro Tull tossed in. For every brief moment where a tin whistle or Uillean pipes plays a rousing melody backed by a nice acoustic guitar or an energetic ensemble, there are about ten moments where a plodding rock rhythm section backs a massive string section sawing away on big chords. For every lovely bit of singing from one of the guest stars there’s a time when a vocal is mangled by Auto-Tune — there is definitely something suspicious going on with Sonja Kristina’s voice on “The Passion,” and that’s not the only place I hear it. Many tracks are ornamented by tacky saxophone parts (think cheap imitation “Baker Street”), and even Martin Barre’s great tone on the lead guitar can’t save tracks from descending into sappy overblown sentimentalism. I’ve tried to give this album a chance, but honestly can’t find a single track that I like from beginning to end. Life is just too short, and there is so much better music out there. Obviously, between the session musicians, the guests stars, and the elaborate packaging, a lot of money was spent on producing this, and I assume it came from all the people who bought Alan Simon’s previous albums, which means there is an audience for this kind of thing, but I am quite happy not being among that group.