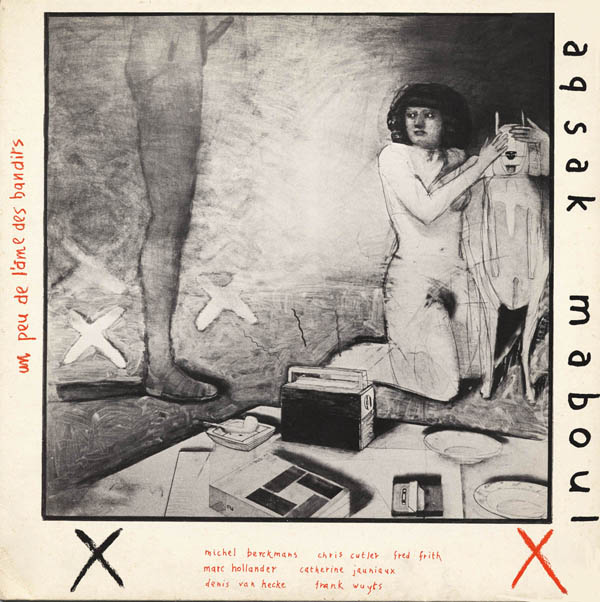 This is the second album by Aksak Maboul, a.k.a. Marc Hollander and Vincent Kenis (though the latter’s involvement on this recording is rather limited) and whoever they happen to be playing with at any given moment in time. From the first chords of the twisted Bo Diddley cover that opens the album overlaid with vocalist Catherine Jauniaux’ demented gibberish, one will know they are in for something unusual here. Indeed, in classic Belgian style, the group’s sound is firmly rooted in the chamber-rock sound. In fact, at this point the lineup featured Denis Van Hecke (cello, from Julverne) and Michel Berckmans (oboe and bassoon, from Univers Zero, Julverne and Art Zoyd), as well as Fred Frith and Chris Cutler (guitar and drums respectively, who need no introduction). There’s plenty of variety here, from the Turkish infected “I Viaggi Formano la Gioventu," to the chamber-punk “Inoculating Rabies," to the wildly experimental sidelong “Cinema," and Aksak Maboul goes far to leave no stone unturned. Be forewarned, though, this is adventurous music, sometimes challenging, but also warm, and filled with humor as well. I think most could get into this after only a few listens, it has that timeless quality like Soft Machine’s Third or Frank Zappa’s Uncle Meat. As a bonus, a long track from Honeymoon Killers (a later lineup which was still, in fact, Aksak Maboul) is included. Recommended.