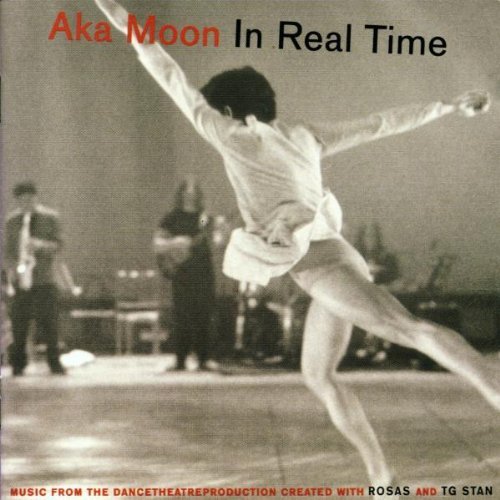 In Real Time, Aka Moon's 11th CD, contains the original music composed for Anne-Teresa de Keersmaeker's dance theater production of the same name. This theatrical production combines the talents of De Keersmaeker's dance company Rosas, the Tg Stan Theater Company, and Aka Moon. All three groups worked closely, influencing each other, with Aka Moon’s music playing a critical role in how the dance developed. On stage, Aka Moon performs the music live amid the actors and dancers, a truly integrated production bringing a new dimension to performance art. Unlike their previous releases where Aka Moon augmented their sound with additional musicians (piano, sax, brass and woodwinds), the trio (sax, bass, and drums) has gone back to the basics with addition of only a keyboardist, who does not figure prominently. The musicianship is impeccable but the music is, unfortunately, not my cup of tea. Jazz in general does not appeal to me, and I find this kind of music particularly boring. It probably would have a greater impact if I attended a production of In Real Time. That being said, this CD should appeal to the jazz enthusiast.