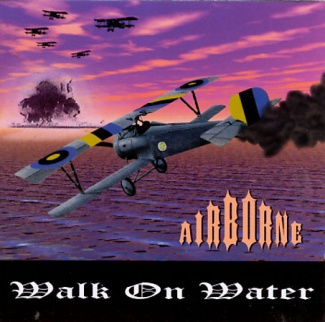 Lead vocalist Baggi Buchmann was a prominent contributor to German keyboardist Ines' Hunting the Fox album a couple years ago. Here he is featured with his regular band, a five piece including two guitarists, bass, and drums. Guests include Ines on keys, and producers Hansi Fuchs and Davide Piai contributing acoustic guitars and backing vocals respectively. The music here is far closer to a mainstream metal-grunge-rock than to what most readers would call prog; most of the songs here are your standard song format verse-chorus-verse, with some nice crunchy guitars and good melodic hooks that support Buchmann's vocals-with-an-attitude style well. All the songs are catchy, any of these could land the band a major hit coupled with the right video. The only track where they deviate from the formula is the fifteen-minute album closer "The One," which is basically a suite of three tracks connected by instrumental interludes. Note that this was originally released in '95 on the German Music is Intelligence label, and subsequently licensed to Avalanche.