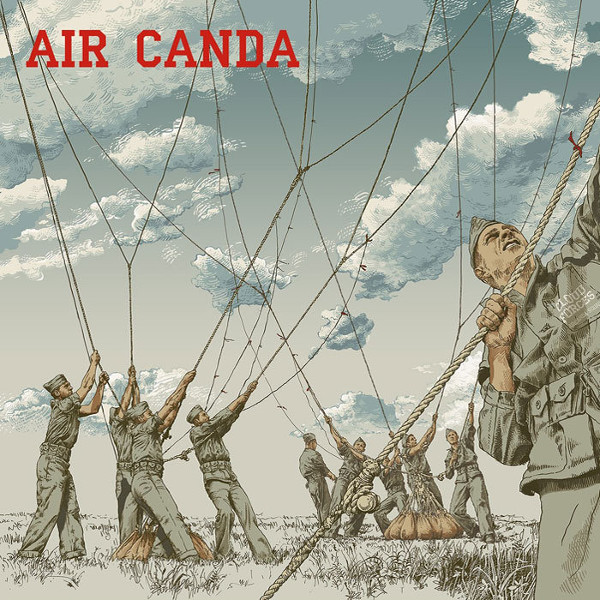 I just recently discovered this Russian band, and it has turned out to be one of those “Where have you been all my life” things. Given that this 2014 release is their only album to date, I can take some consolation that there isn’t a whole back catalog to catch up on. Talk about hitting the right buttons to get me interested! Air Canda is a St Petersburg band crossing jazz and rock in an interesting way — the flavor of rock that they use is math rock, with twisty arrangements full of odd meters and abrupt changes, and their jazz is of the noisy modern variety. Some references might be Raoul Björkenheim, Panzerballett, and Už Jsme Doma; think of Ahleuchatistas (back when it was a trio) with a sax added, and you’ll be in the ballpark. Unlike many bands playing music this tricky, they manage to groove on their irregular rhythms, and they have a sense of fun as well, doing things like throwing a tango section into the middle of “Fata Morgana.” Stepan Zhzhyonov is an inventive and unpredictable guitarist, laying down a Crimsonian pattern one minute, wah-wah funk the next, then tossing off a jagged solo mangled by freaky effects. Saxman Alexander Belousov plays acoustically, but keeps up with the guitar on crazy rhythms and wailing solos. The rhythm section consists of Andrei Belka (bass) and Roman Oboskalov (drums), and they make a solid team, having a way of putting accents in unexpected places and avoiding standard patterns. As an added bonus, the entire album was recorded live in the studio. This can have both good and bad points. On the one hand, the energy and feeling are superb, and you know if you saw them in a club, this is exactly what they’d sound like. The small negative is that there is a somewhat demo-ish feeling to the album, which a little post-production might have beefed up. But that is a very small negative. On the whole, this is an outstanding release, well worth the attention of fans of the kind of jazz you find on Cuneiform, Moonjune, or RareNoise.