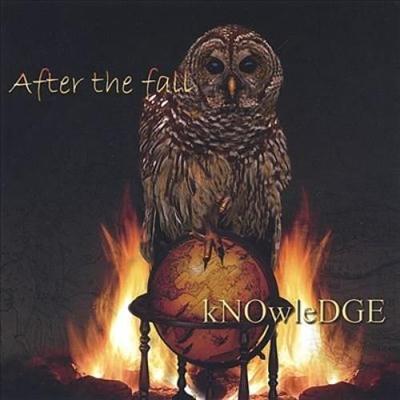 Based on this album, After the Fall could give all those neo and symphonic prog groups from the Low Countries a run for their money. The Connecticut-based quartet of Ken Archer (keys, vocals), Mark Alden (guitars), Jeff Brewer (bass), and Rich Kornacki (drums) have clearly spent hours absorbing 70s symphonic prog (Yes, ELP, etc.) and understand what made the classics of the past resonate so deeply with mainstream prog rock fans. Like many bands of their kind, they happily pay homage to the past while attempting to carve out a niche for themselves in a crowded playing field. This album, their fourth, is replete with soaring guitar melodies, dexterous and muscular keyboards, slinky Rickenbacker bass lines, and drumming that can both rock hard and lay down delicate jazz licks in equal measure. The vocals are well done, though it’s in the instrumental passages that the band shines, as seen in the all-out assault that closes the epic “Came the Healer.” The band understands the use of contrast and follows these intense arrangements with a more delicate hand, as with the acoustic anthem “The Call” that reveals an above-average skill with a lyric. The low point on the album for me is the epic “Motherland” that, despite a lengthy instrumental workout, lays on the Kansas shtick a bit too much for my liking. Despite this and other obvious reference points, there’s still enough original effort and great group playing (as the instrumental “Between Flesh and Shadows” demonstrates) to give this one a recommendation.

Related artist(s): After the Fall