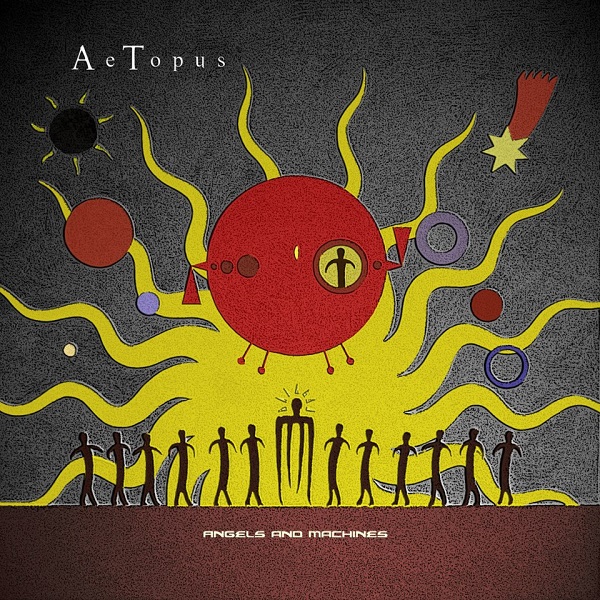 AeTopus is the ongoing project of Washington-based composer and musician Bryan Tewell Hughes. He’s got several other releases under his belt, mostly centered around himself on synths and keyboards, but occasionally featuring guest musicians. For this outing — which really qualifies as a mini-LP considering the five tracks clock in at around 28 minutes — it’s mostly just Hughes, though Vivian Lee contributes vocals to a couple tracks. Hughes clearly knows his way around his studio of digital keyboards and modules. Each piece is a showcase for his talents at constructing arrangements of contrasting and complimentary textures and sounds. Melodically the songs are simple but effective, lying somewhere between Tangerine Dream’s 80s-era electronic music and the fantasy-inspired New Age of David Arkenstone. At his best, Hughes opens the door on some nice widescreen vistas that make me wonder why he’s not doing more soundtrack work. He can evoke exotic worlds as on “Alley of Dust and Soul” or employ Lee’s singing on “Origin” in a way that reminds me of early Dead Can Dance. There’s room for improvement in terms of the quality of the sounds and textures, which are uniformly synthetic. This kind of music works best when the sounds are convincingly organic and the studio is invisible behind the soundscapes, as with Vangelis for example. But there’s no denying that fans of EM a la Chris Franke or Robert Schroeder may want to check this one out.