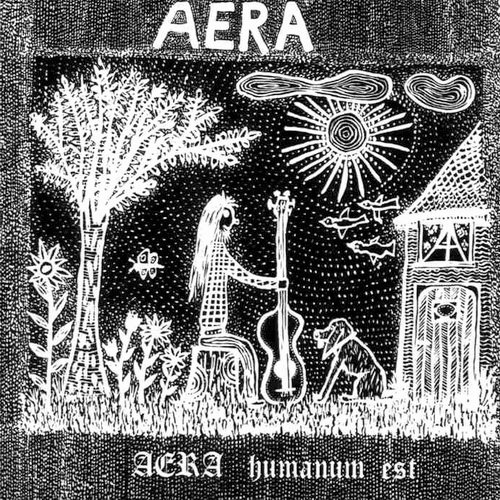 Who knows why it was that German bands in the 70s so often brought in influences from around the world, but it certainly seems to have been a trend. British and American bands may have dabbled with sitar and so on in the 60s, but in Germany, musicians really took it and ran with it. Embryo is probably the best known example, and Aera were right up there with them in terms of quality. They combine jazzy Passport-style grooves with great guitar work; flute, sax, and violin act as alternate lead instruments. Muck Groh’s guitar is the primary focus of many of the tunes, often with acoustic patterns doubled on phased electric, sometimes with a third part taking the lead. His playing is not derivative of anyone I can discern, and he combines elements of melodicism and edgy dissonance expertly. Klaus Kreuzeder’s flutes and saxes lighten the mood without coming off as wimpy, with some fascinating harmonies provided in the overdubs; he takes some great solos as well. The other constant in the mix is Peter Malinowski’s bass, sometimes interlocking with Groh’s lines, sometimes anchoring the rhythms by himself when the others take on other roles. The drumming is not overly busy, giving the bass plenty of room to shine. These two albums feature different drummers, and the second adds violin as an alternate lead on some tracks. There’s not a bad tune in the lot, and Aera certainly deserves a place among the top German bands of the 70s.