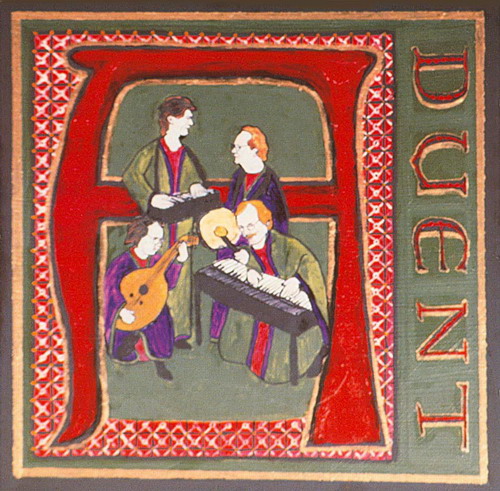 Advent is a New Jersey group led by the brothers Ptak, Henry and Mark, whose eponymous debut was actually released back in 1993 on cassette. Word steadily got around about Advent and this year the Italian Mellow label has opted to press the debut to CD. Advent fits in nicely with the newer wave of American prog bands like Discipline and Magellan in that they combine notable influences from the classic bands of the 70s, in this case Steve Hackett, Happy the Man, and Gentle Giant, with a modern sensibility that at time recalls better Alan Parsons. They eschew the harder, metal direction of many current American bands and instead create fanciful or whimsical mini-opuses, most in the four to six minute range but seemingly much fuller. The longest track, at over ten minutes, is "Alison Waits (A Ghost Story)," which is typical of what Advent do best, coupling rich and complex keyboard work to an assured vocal approach, including fine three part harmony work. Guitar comes in from time to time to provide spice to the otherwise tasty keyboard and vocal stew.

My complaints with the CD are that the keyboard sounds are often decidedly low-tech, as if the Ptaks were using cheap Casios and I found some of the drum machine passages annoying, especially when trying to approximate a military snare. Also, the production values are rather thin and threadbare, betraying the CDs home-brew tape (probably 4-track) origins. Even so, the freshness and power of the material overcomes the production shortcomings. Advent seem unabashedly happy to embrace some dangerously clichéd prog rock territory with a noticeably low-tech approach. But that they succeed only enhances the discÕs charm. Hopefully a follow up will find the Ptaks with a full band and better resources to do their music justice.