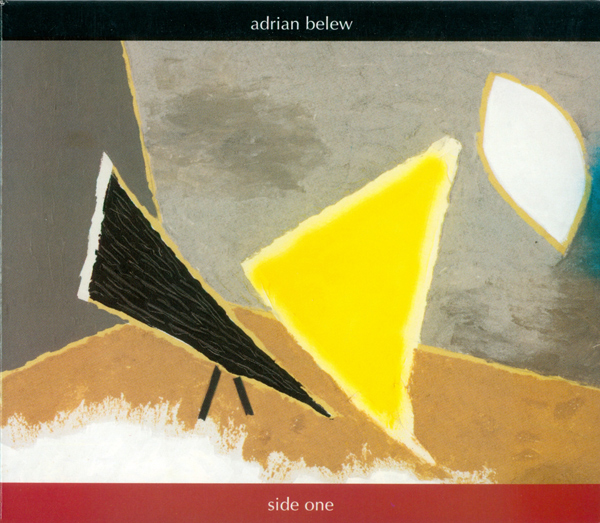 Maybe it’s not fair to say Adrian Belew has been through a lot of phases. It’s more like he has many facets within him, and you see different things depending on which way he turns. For this outing, he’s cast himself in the role of guitarist/vocalist for a power trio. Of course, being who he is, you can’t expect Rush or the Hendrix Experience. Primus bassist Les Claypool appears of a couple of tracks, along with Tool drummer Danny Carey; for the remainder of the tracks, Belew assumes the other two parts as well as his own. Of course, he’s handled the drum chair before, both on his previous solo albums and in ProjeKct Two, so it’s no surprise he performs admirably on both acoustic and electronic kits. Carey’s performance is busy and muscular, really powering the music to a higher level, and Claypool stays in the lower register of the bass instead of his trademark hyperactive popping. The Belew-only tracks drop the energy down a notch, though there’s only one soft song, the lovely “Matchless Man.” Between the wide variety of guitar tones used and the differences in the rhythms and low end from track to track, this collection holds up very well to repeated listening, and is in fact more enjoyable than the last few Crimson releases, avoiding some of the ruts that band has fallen into. Sides Two (electronic music) and Three (pieces that don’t fit the other two categories), are apparently already done and awaiting release.

And Now, for Something Completely Different