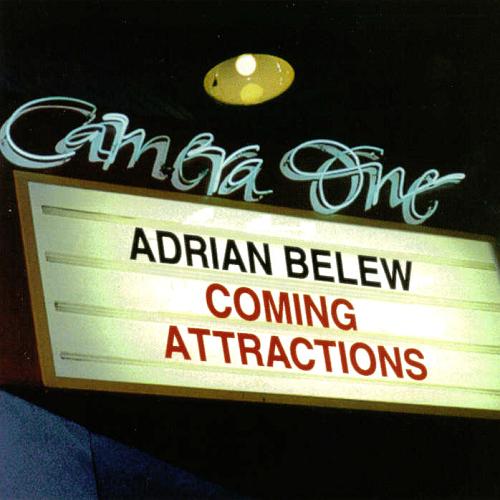 Adrian Belew has been very busy in the imposed break from King Crimson. With multiple projects in various stages, it makes sense to market a sampler to highlight each of his works. Obviously, Belew’s axe can easily shriek in the zoo of his muse as heard on “Predator Forest.” But then why would any fool merely pigeonhole the composer to one genre? The main project Belew has been assembling is his long awaited box set of which seven tracks are included here, mostly of which are early versions of known songs. For example “People” was the funky piece on Thrak and is shown here with a relaxed, looser groove. There is also a twelve-minute snippet from volume two of the experimental guitar series: “Animal Kingdom” which is especially trippy. In addition, Belew’s other group, the Bears have a third album mostly completed, represented by “117 Valley Drive,” which reminds me of Utopia’s power pop era. Unfortunately, one set of recordings may not see the light of day: a live album from Beunos Aires 1997. Two pieces are excerpted from his set which are solo vocal and guitar renditions worthy of release in complete form including the ignored classic, “Time Waits.” The guitarist himself provides blow by blow liner notes to detail the nitty gritty from inside the nutshell. In summary, the man has not gone soft in the lay-off so to speak. But is he ready for the calling of the next Crimson King?