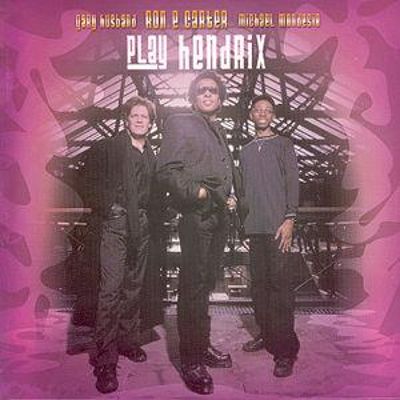 Covering the Jimi Hendrix catalogue requires skill as well as thought about which arrangements to interpret and which ones not to disturb. Stevie Ray Vaughn’s cover of “Voodoo Chile - Slight Return” and Sting’s “Little Wing” come to mind when the tribute works. Ron E Carter, together with ex-IOU drummer Gary Husband, plays nine tracks on this CD from the Experience songbook. Using “Purple Haze” as the transition into the closing part of Mahasvishnu’s “Dance of the Maya” is a slight stroke of genius. Carter’s Stratocaster leads at times invoke parallel images of Robin Trower and SRV as on “Hear My Train.” “Dolly Dagger” from Hendrix’s later period is performed with a spirit of abandon and noticeable restraint as well. There are only a few low marks to consider: Carter’s vocal delivery is a bit light and unobtrusive, which detracts from the strength of the performances. Violinist Sovra Wilson-Dickson appears on Carter’s version of “Little Wing,” and Husband’s own piano adds a jazzier take on the standard. Three of Carter’s own compositions are also included: “Can’t Get Used to You,” “Feel Good,” and “All in Your Mind.” The first piece contains the best guitar solo on the disc while “Feel Good” is a linear workout that would have benefited from a Jack Bruce style vocal. Closing out the album is an atmospheric take on “Voodoo Chile” which also stays true to the original version.